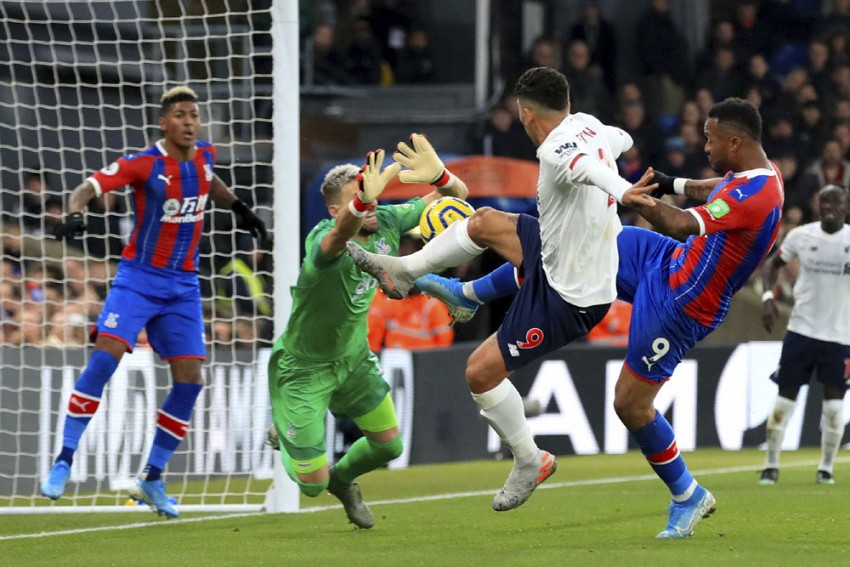 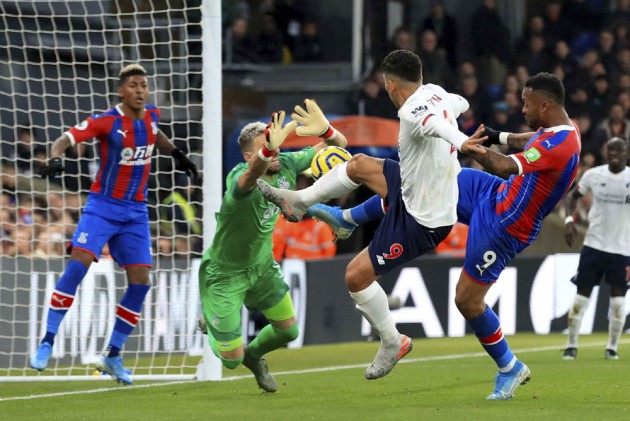 The Reds followed up their superb 3-1 victory over Manchester City before the international break with a 12th win in 13 league games so far this season – a result that maintains their eight-point lead at the summit.

Palace looked like they had secured a deserved point when Wilfried Zaha cancelled out Sadio Mane's opener with just eight minutes remaining.

Firmino had other ideas, though, prodding home after a goalmouth scramble in the 85th minute to secure all three points for Jurgen Klopp's men.

The hosts more than held their own in the early stages and could have taken the lead after 17 minutes, Jordan Ayew prodding just wide from Cheikhou Kouyate's cross.

They continued to look the most threatening throughout the first period and thought they had forged ahead three minutes before the interval.

James Tomkins' back-post header was ruled out, however, after VAR had deemed Ayew to have fouled Dejan Lovren as Luka Milivojevic's free-kick was whipped in.

Moments after shooting wide after being played through by Jordan Henderson, Mane handed Liverpool the lead.

The Senegal international's shot from 12 yards took a deflection and bobbled in off both posts after Vicente Guaita's weak wrist had failed to keep it out.

Palace responded well to that setback, though, and forced Allisson into a string of saves.

There was little the Brazilian could do about Zaha's leveller, with the Palace talisman collecting Andros Townsend's pass and lashing into the bottom-left corner.

Liverpool bounced back in typical fashion, however, as Firmino forced home from close range to break Palace hearts.

Zaha should have restored parity again in the dying stages, but lashed wildly over after being found at the back post – much to Klopp and Liverpool's delight.

What does it mean? Reds ride their luck against spirited Eagles

Liverpool were far from their fluid best against Roy Hodgson's side but when you have the ability to conjure up a win out of almost any situation, it hardly matters. Klopp will expect better in future games but will be delighted with yet another three points that was achieved in typically dramatic circumstances.

With Mohamed Salah only fit enough for a place on the substitutes' bench, all eyes were on Mane to deliver the goods. He did not disappoint, once again plundering a decisive goal that keeps the Reds on track for a first ever Premier League title.

He might have been a virtual spectator until Mane's strike but that should be little excuse for the goalkeeper's insipid attempt to keep out the Liverpool forward's tame effort.

Liverpool host Napoli in the Champions League on Wednesday before returning to domestic action on Saturday with a home clash against Brighton and Hove Albion. Palace, meanwhile, travel to Burnley in the Premier League on Saturday.