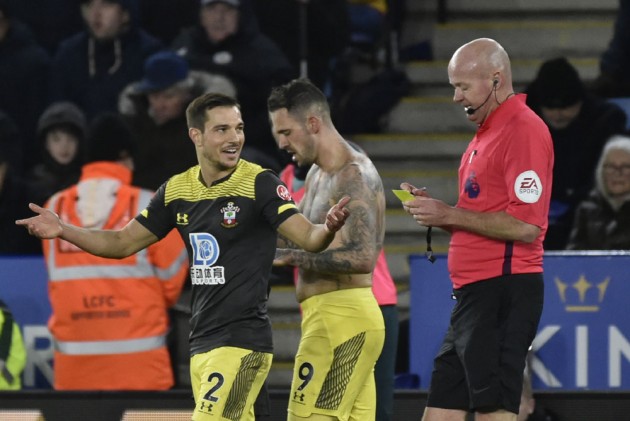 Roberto Firmino scored the only goal of the game as relentless Liverpool won at Tottenham to go 16 points clear at the top of the Premier League following Leicester City's defeat to Southampton. (More Football News)

Firmino's first-half strike on Saturday took the runaway leaders to 61 points, a European record among the continent's big-five leagues after 21 games played.

Liverpool look unstoppable in their quest to be crowned champions of England for the first time in 30 years, with second-placed Leicester – who have played a game more than the Merseyside club – slumping to a 2-1 loss at home to Southampton.

The Foxes consigned the Saints to a record-equalling 9-0 drubbing in October, but had three goals ruled out for offside at the King Power Stadium and Danny Ings' 10th goal in his last 10 top-flight starts gave the south-coast club sweet revenge.

Manchester United replaced Sheffield United in fifth spot with a 4-0 drubbing of Norwich City at Old Trafford, Marcus Rashford claiming a brace, after Pierre-Emerick Aubameyang scored and was sent off in Arsenal's 1-1 draw at Crystal Palace.

Chelsea are five points better off than the Red Devils in fourth, having avoided a third successive Premier League home defeat with a 3-0 victory over Burnley.

Richarlison scored the only goal in Everton's win over Brighton and Hove Albion at Goodison Park, while Newcastle United and Wolves had to settle for a 1-1 draw at Molineux.

Jurgen Klopp's all-conquering side took another stride towards an elusive title by making it 20 wins out of 21 in the Premier League.

A clinical finish from Firmino eight minutes before half-time was enough to seal maximum points in north London.

Son Hueng-min and Giovani Lo Celso squandered great chances to level for Spurs and they proved to be costly as Jose Mourinho's side suffered back-to-back Premier League defeats to sit in eighth spot.

Jamie Vardy, Kelechi Iheanacho and Jonny Evans had goals disallowed for offside and Southampton had a penalty decision overturned by VAR in an action-packed encounter.

Ralph Hasenhuttl's upwardly mobile side were not to be denied maximum points, though, courtesy of a deflected first-half strike from Stuart Armstrong and a 14th of the season in the league from Ings – who hit the crossbar twice – either side of Dennis Praet's first Leicester goal.

Danny Ings continues his fine form with a late winner to secure all three points for Southampton #LEISOU pic.twitter.com/N9sTlwZMsD

Manchester United responded to their 3-1 EFL Cup semi-final defeat to Manchester City with a ruthless demolition of bottom side Norwich.

Rashford took his tally of league goals this season to 14 with one in each half and Anthony Martial scored United's third two minutes after the England striker helped himself to a double from the penalty spot.

Mason Greenwood was given far too much time to add a fourth soon after coming off the bench as Ole Gunnar Solskjaer's side ran riot, leaving Norwich still seven points adrift of fourth-bottom Aston Villa.

18 - Marcus Rashford has scored 18 goals in all competitions this season - only Raheem Sterling (20) has more among Premier League players. This is also Rashford's 200th appearance for Man Utd in all comps. Celebration. #MUNNOR pic.twitter.com/e8wUD28uOu

Aubameyang's 15th top-flight goal of the campaign gave the Gunners a first-half advantage at Selhurst Park, but things turned sour for the striker after the break.

The Gabon international was initially booked by referee Paul Tierney for a challenge on Max Meyer, but a red card was brandished after a VAR review which took over two minutes.

Jordan Ayew's deflected strike had brought injury-hit Palace level before Aubameyang was ordered off and neither side could force a derby winner.