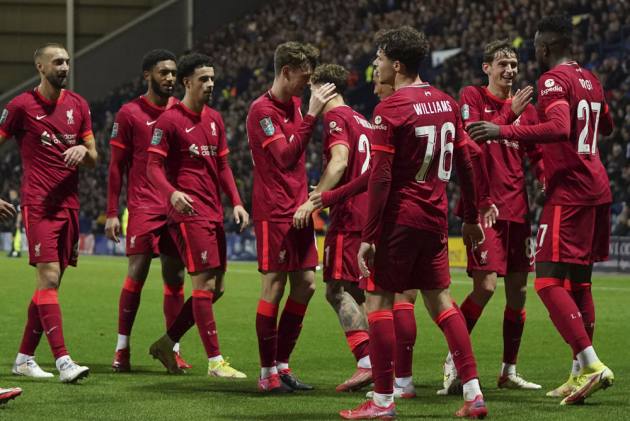 London, Oct 30 (AP) After dispatching Manchester United and Manchester City in previous rounds, West Ham will have to get past another of English soccer's so-called “Big Six” to reach the semifinals of the League Cup. (More Football News)

West Ham was pitted against Tottenham in the draw for the quarterfinals that was made on Saturday.

With City — the winner of the competition in each of the last four seasons — out, the draw looks wide open.

Premier League leader Chelsea is away to Brentford in another London derby, Liverpool hosts Leicester while third-tier Sunderland — the only team remaining not from the top flight — will play away to Arsenal.

The matches will be played in the week starting Dec. 20.