Chelsea's continued inconsistency is frustrating Frank Lampard, but he is determined to keep working to improve his team 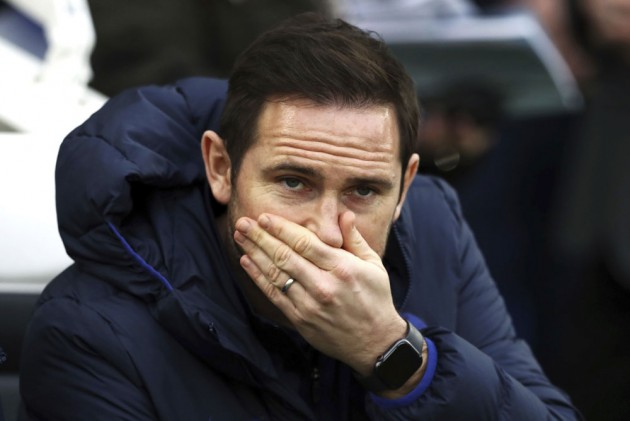 Frank Lampard believes the past four fixtures have shown "the good and the bad" of Chelsea, meaning they have more work to do in the second half of the season. (More Football News)

The Blues were held to a 1-1 draw at Brighton and Hove Albion on New Year's Day, having beaten Tottenham and Arsenal away either side of a home defeat to Southampton in a mixed run.

Encouraged by some aspects of Chelsea's performances but concerned by others, Lampard said his side must now "remain humble" and "work hard" as he addressed reporters at a news conference.

"We've got work to do," he said. "The Christmas period has probably been a small showing of our season.

"Tottenham was a fantastic all-round performance; at Arsenal, showed great spirit and fight for a young group; Southampton, we struggled to break a team down and lost a game at home; and then today, from a game where we should have the mindset to kill it, because the opportunity was there in the first half, and we don't.

"It shows the good and the bad of us. And that shows that we must remain humble, we must work hard. We've had two great results over Christmas, but there's a lot of work to do."

Lampard bemoaned a lack of ruthlessness post-match at Brighton, but he added there was no doubting Chelsea's attitude, rather their dearth of quality.

"Sometimes you can excuse a bad period in the game of [being down to] a lack of fight or a lack of urgency, a lack of whatever," he said.

"Today wasn't. Today was [down to] a lack of quality on the ball.

A brilliant late equaliser from Alireza Jahanbakhsh thwarts Chelsea as 2020 begins in dramatic fashion in the #PL#BHACHE pic.twitter.com/KrR8jvoqkq

"Then, all of a sudden, you're giving the ball away, and when you get opportunities to score, you're not taking them. If you don't do that at this level, you're not going to win games that you should."

Now able to make signings in January after their transfer ban was lifted, Chelsea continue to be linked with Wilfried Zaha from Crystal Palace, who reportedly have an interest in Blues man Olivier Giroud.

Lampard was not interested in discussing a hypothetical deal on Wednesday.

"If we have to do business, we'll do it in the way that we see fit to try to make us better. That's behind closed doors, as opposed to just announcing who we might want to bring in."