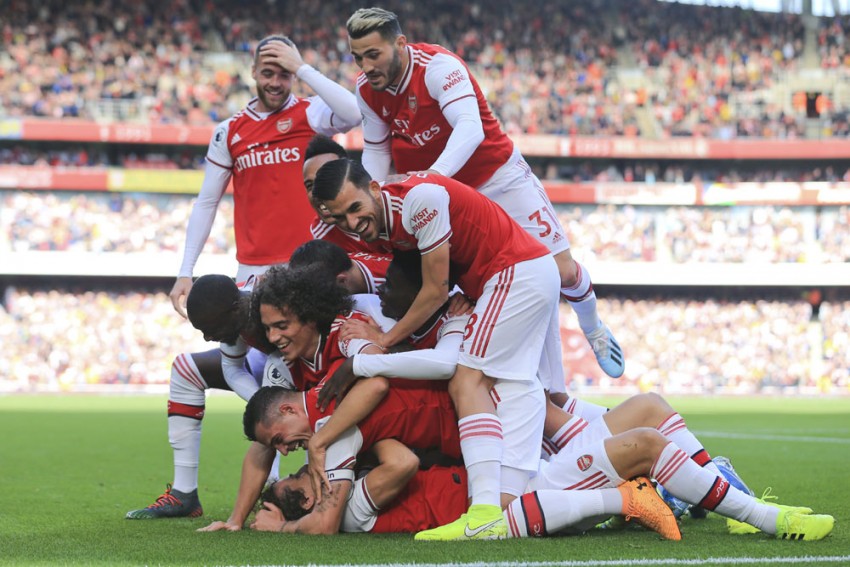 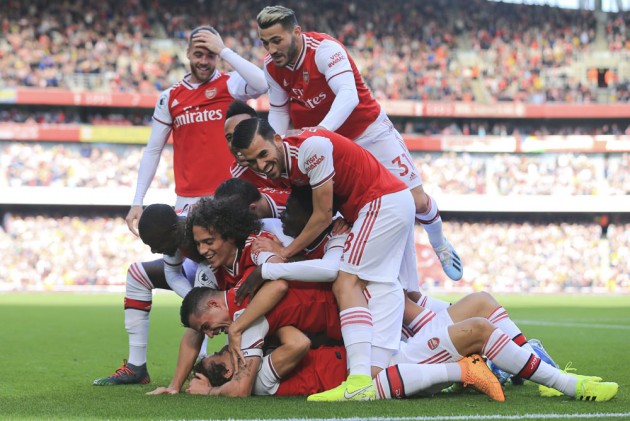 David Luiz's first Arsenal goal secured a 1-0 win over Bournemouth at Emirates Stadium and lifted the Gunners to third in the Premier League.

The Brazilian defender's ninth-minute header settled a low-key contest on Sunday as Unai Emery's men extended their undefeated streak to eight games in all competitions.

Callum Wilson failed to track the centre-back for the winner and later squandered a rare, clear-cut opening for an equaliser.

There were otherwise precious few opportunities for either side, the Cherries slumping to a seventh defeat in nine instances of this fixture.

Bournemouth had conceded five times in each of their three previous Premier League trips to London and fell behind early on this occasion.

David Luiz darted clear of striker Wilson and glanced a header inside the far upright from Nicolas Pepe's corner.

#TFW you score your first Arsenal goal... and all your mates are buzzing for you #ARSBOU pic.twitter.com/G86MSlkJ4C

Pepe next went close with a curling effort and had penalty appeals rejected when Diego Rico took a mixture of ball and man in the 23rd minute.

Wilson should have brought Bournemouth level five minutes after the interval but, after bursting onto Dominic Solanke's pass and gliding past Bernd Leno, the England striker pulled the ball across the face with the goal at his mercy.

Arsenal started to live dangerously and needed goalkeeper Leno to tip behind a deflected Jack Stacey cross just prior to the hour.

But the lapse in concentration was fleeting and, having failed to take advantage, Eddie Howe's side could ultimately have few complaints about a third league defeat of the season.

What does it mean? Gunners in good spirits

There was little glamour about the manner of Arsenal's victory but head coach Emery will not mind much as his team enter the international break in a strong position.

They have responded well domestically since losing at Liverpool in August and are placed well in the Europa League.

11 – 11 of David Luiz’s 12 Premier League goals have been scored in London, with 10 of those coming in home games for both Arsenal and Chelsea (one at Fulham, one at Liverpool). Capitalist. #ARSBOU pic.twitter.com/wdVjVKnHsP

Chambers putting up a fight for right-back berth

Hector Bellerin might be fit again but he will not be assured of a starting place if Calum Chambers continues his form.

Nominally a centre-back, the versatile defender did his job on the right side of a back four as he kept Bournemouth's dangerous wingers under wraps and offered enough thrust going forward.

Cherries striker Wilson travelled to the capital with a fine record of three goals in four Premier League appearances against Arsenal but will not want this match to live long in the memory.

The rumoured Manchester United target lost David Luiz for the opener and, amid an off-colour performance, passed up Bournemouth's best opportunity for an equaliser.

Arsenal have a fortnight to prepare for their next Premier League fixture, a trip to Sheffield United on October 21.

Bournemouth's first match back after the international break is at home to Norwich City two days earlier.