The result made it back-to-back triumphs for Norwich City, which moved off the bottom of the Premier League table. 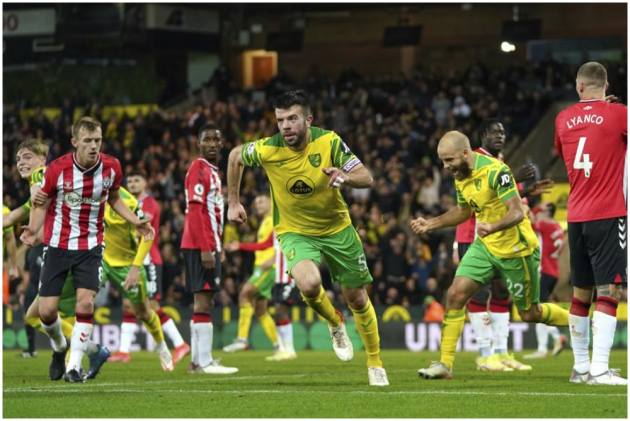 Dean Smith made a winning start as Norwich manager after Grant Hanley’s 79th-minute header earned the Canaries a 2-1 victory at home against Southampton in the Premier League on Saturday. (More Football News)

The result made it back-to-back triumphs for Norwich, which moved off the bottom of the league table after Teemu Pukki had canceled out Che Adams’ early opener for the visitors.

Saints goalkeeper Alex McCarthy was at fault for Grant Hanley’s late effort which saw the Norfolk club celebrate another win, having gone 20 top-flight fixtures without one before their success at Brentford two weeks ago.

The new man in the Carrow Road dugout insisted he would not make “massive changes” in terms of team selection, but Dean Smith’s decision to recall Billy Gilmour and Todd Cantwell proved popular with the fans.

It was in sharp contrast to predecessor Daniel Farke, who had not used the talented duo since a defeat at home to Watford in September.

Dean Smith had watched his Aston Villa side concede inside three minutes to Southampton two weeks ago in a 0-1 loss that ultimately ended his time with the Midlands club, and history repeated itself.

This time it took four minutes for Saints to open the scoring, with Adams firing home from 12 yards after he impressively worked a yard of space following Adam Armstrong’s flick into the area.

Norwich provided the perfect response, with Temmu Pukki equalizing three minutes later. Milot Rashica and Max Aarons combined down the right flank before the full-back crossed in for Pukki to head home at the near post for his fourth goal of the campaign.

The winning goal came when Chelsea loanee Gilmour curled a corner to the back post, where Hanley directed a header into the ground which bounced over the sprawling McCarthy.