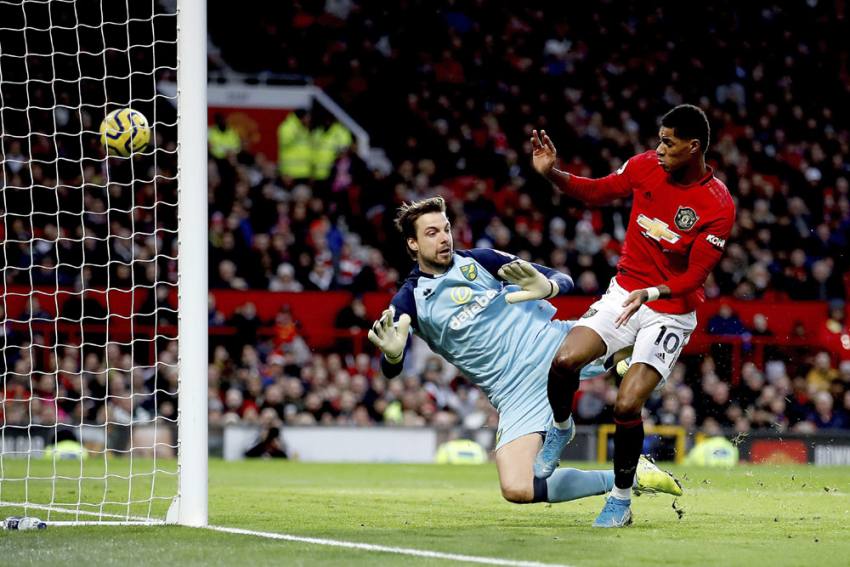 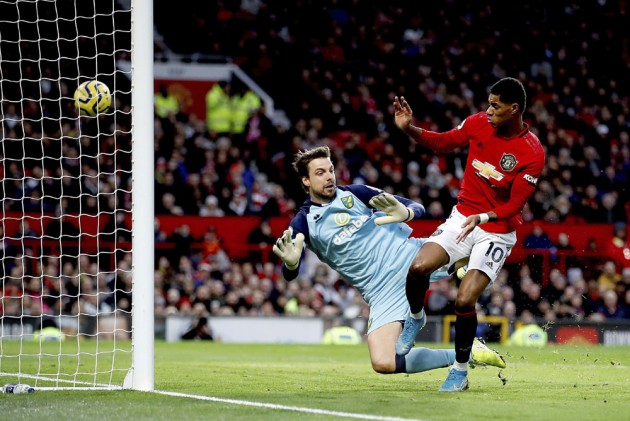 Ole Gunnar Solskjaer's men were woefully inept in the 3-1 EFL Cup semi-final first-leg loss at Etihad Stadium, but on Saturday they found their groove, playing some eye-catching football en route to a straightforward win.

Norwich, who were without injured talismanic forward Teemu Pukki, rarely troubled United in a first half dominated by the home side, who went into the interval 1-0 up after Mata teed up Rashford.

Rashford got his second from the penalty spot early in the second period, before Mata – starting only a third Premier League game since the start of October – set up Anthony Martial to extend the lead and Mason Greenwood finished Norwich off, as United held on to fifth place to stay five points adrift of Chelsea.

But Juan Mata carved the Canaries open in the 27th minute, cutting in off the right flank and playing a lofted pass towards the back post for Rashford to turn in.

Tim Krul was less impressive at the other end just after the break, however, rushing out and sending Brandon Williams tumbling in the box, allowing Rashford to sweep home the resulting penalty.

Martial got in on the act two minutes later, heading in Mata's right-wing cross after Norwich switched off at a corner.

Williams should have increased the lead when he blazed over from a couple of yards out, but there was to be another moment for United to savour, as Greenwood – Rashford's replacement – drilled into the bottom-right corner from 20 yards to wrap up the win in 76th minute.

What does it mean? Solskjaer can rest easy… For now

After the loss to Pep Guardiola's men, and the manner of the defeat, the pressure on Solskjaer was ramped up once again, as it was a third successive match across all competitions without a win.

There is no denying United were massively improved on Saturday, with the midfield trio of Nemanja Matic, Andreas Pereira and Fred using the ball much quicker than perhaps they have been known to, but with a trip to Anfield on the horizon, Solskjaer cannot assume he is completely safe.

Given United's problems breaking many teams down this season, it is surprising Mata has only been afforded six Premier League starts. Against Norwich, he made two key passes and both lead to goals, making a decisive impact.

A day to forget for Krul

While there was not a great deal Krul could have done for most of the goals, his decision to rush out and foul Williams for the penalty was unnecessary and left Norwich with a mountain to climb.

United return to FA Cup action on Wednesday, as they host Wolves in their third-round replay, before going to league leaders Liverpool four days later. Norwich host Bournemouth next Saturday.