Mark Noble missed a penalty for West Ham in the dying minutes of the game handing Manchester United a 2-1 victory on Sunday. 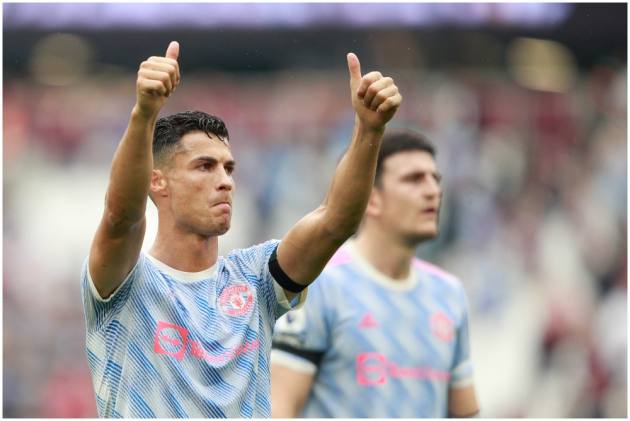 Seeing West Ham win a penalty deep into stoppage time, and presented with an unexpected chance to equalize against Manchester United, David Moyes made a bold call. Having left Mark Noble on the bench throughout the 90 minutes, the West Ham manager decided now was the moment to deploy his captain. (More Football News)

Noble’s first touch of the ball was taking the penalty, striking it low toward the corner of the net. Then something of a rarity happened — the ball was pushed away by David De Gea. After conceding 40 spot kicks in a row, it was the first time since 2016 that the United and Spain goalkeeper had saved a penalty.

United held on to complete a 2-1 victory in the Premier League on Sunday after a comeback sparked by Cristiano Ronaldo canceling out Said Benrahma’s deflected strike, by reacting after his initial shot was saved.

Even more galling for Moyes than the penalty miss, the scorer of the winner in the 89th minute was Jesse Lingard. He was on loan at the Hammers from United last season but wasn’t allowed to come back to the east London club.

“I was laughing,” Moyes recalled of his exchange with Lingard after the curling strike. “I wish he hadn’t scored, but we had a chance to get a draw out of it and we missed our chance.” Not that Moyes had any regrets about bringing Noble on after Luke Shaw handled.

“Mark Noble is one of the best penalty kick takers we’ve got,” Moyes said. “We had time to think, time to make that choice, my choice, my decision. That’s what happens in management. You have to make big decisions, sometimes they go (right), sometimes they don’t and maybe the job’s for some people and maybe not for other people.”

Moyes used to have the United job, for less than a season after Alex Ferguson’s retirement in 2013. No United manager since Ferguson has lifted the Premier League trophy. Now United is among the pacesetters on 13 points along with Liverpool and Chelsea, which beat Tottenham 3-0 on Sunday.

“We’ve got to keep our feet grounded, dig out the points like we did today,” United manager Ole Gunnar Solskjaer said.

Chelsea continued matching each of Liverpool’s results through the first five rounds of the season. The European champions took the lead four minutes into the second half after Thiago Silva darted into space to meet a corner from Marcos Alonso with a header.

The goal was more fortuitous in the 57th minute after N’Golo Kante saw a shot heavily deflect off Eric Dier and go into the net off the post. Kante had replaced Mason Mount at halftime.

“It was perhaps a bit more defensive, but I wanted to give the sign I was not happy with the energy,” Chelsea manager Thomas Tuchel said. “For me it was about second balls and sending signals, to let the confidence grow by a higher work rate and closing players down.”

Tottenham goalkeeper Hugo Lloris was kept busy to prevent Chelsea adding to its score until Antonio Rüdiger struck from distance in stoppage time. The match at Tottenham’s stadium was preceded by a minute’s applause to remember Jimmy Greaves, a former striker for the north London club and Chelsea, who died Sunday at the age of 81.

The most unexpectedly strong start to the season is from Brighton, which is only a point behind Chelsea, Liverpool and United after beating Leicester 2-1 thanks to a penalty from Neal Maupay and header from Danny Welbeck.

Jamie Vardy pulled one back in the 61st with his 150th goal for Leicester on his 250th Premier League appearance, while the visitors had potential equalizers ruled out for offside and obstruction.