Just over six years after Mikel Arteta scored and received a red card for Arsenal at Selhurst Park, Pierre-Emerick Aubameyang did likewise 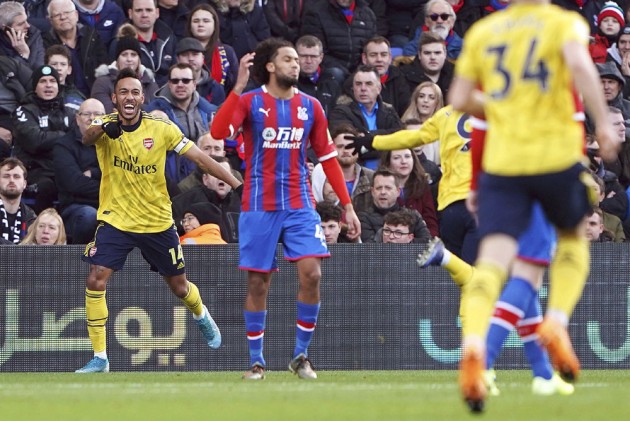 Pierre-Emerick Aubameyang emulated an unwanted feat last achieved by his current head coach, Mikel Arteta, when he was sent off in Arsenal's Premier League match at Crystal Palace on Saturday. (More Football News)

After opening the scoring for the Gunners in the first half, Aubameyang was sent off midway through the second period with the score at 1-1.

A poor tackle from the Arsenal captain on Max Meyer was initially punished by referee Paul Tierney with a yellow card, but a VAR review resulted in Aubameyang being sent off.

As a result, Aubameyang became only the third Arsenal player to score and be dismissed in the same Premier League match and the first since Arteta also saw red at Selhurst Park in October 2013.