It was Thomas Partey's first goal in Arsenal colours as the win lifted Mikel Arteta's side to ninth place in English Premier League with 14 points. 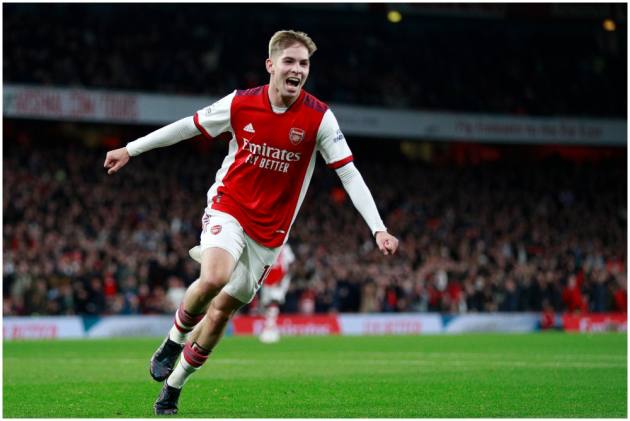 Arsenal delivered its best performance of the season to beat Aston Villa 3-1 in the English Premier League on Friday. Arsenal was completely dominant for most of the game and built a 3-0 lead before Jacob Ramsey pulled a late goal back for Villa, which then pressured for the last 10 minutes without coming closer. (More Football News)

Thomas Partey opened the scoring in the 23rd minute with his first Arsenal goal before Pierre-Emerick Aubameyang doubled the lead just before halftime, converting the rebound after seeing his penalty saved.

Midfielder Emile Smith Rowe capped an impressive display by adding the third in the 56th on a quick counterattack. The win lifts Arsenal up to ninth place ahead of the weekend games, with 14 points.

It was a much-improved performance from Mikel Arteta’s side, which needed an injury-time equalizer from Alexandre Lacazette to salvage a draw at home against Crystal Palace on Monday.

Lacazette was rewarded with his first league start of the season and was part of an Arsenal team that played with an intensity that has often been missing lately.

The Gunners had already created a number of chances by the time Partey — who had hit the crossbar moments earlier — turned in a header from a corner as former Arsenal goalkeeper Emiliano Martinez failed to keep the ball out.

Bukayo Saka should have made it 2-0 in the 30th when he was played clear through on goal on a quick counterattack but his first-time shot was saved by Martinez’s outstretched leg.

The hosts did double their lead when they were awarded a penalty following a VAR review just before halftime. Referee Craig Pawson was sent to the sidelines to review a tackle on Lacazette in the area and pointed to the spot.

Martinez dived to his right to save Aubameyang’s penalty, but the striker calmly turned in the rebound. Smith Rowe, who was the subject of a bid from Villa in the offseason, but the game beyond doubt after running onto a through-ball from Aubameyang and scoring with a deflected shot.

Villa’s Emiliano Buendia then drew a smart save from Aaron Ramsdale before Ramsey curled in a stunning strike from the edge of the box, but it was too late for Villa to avoid a third straight league defeat.