With 26 points from 19 games, Espanyol jumped to ninth in the La Liga 2021-22 standings, two points Valencia. Omar Alderete had put Valencia ahead in the 51st minute through a header. 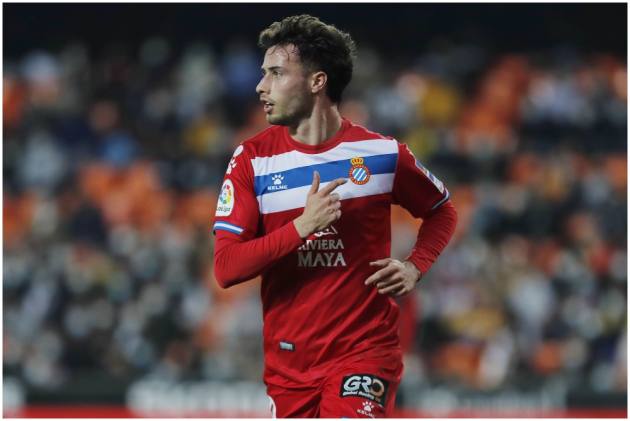 Raul de Tomas and Javi Puado scored late goals as Espanyol fought back to win 2-1 at 10-man Valencia and earn their first away victory of the La Liga 2021-22 season. (More Football News)

The match that closed out 2021 will be the last one to be played with 100 per cent occupancy for at least a month in Spain. Health authorities have reinstated caps of 75 per cent seating for games during January given the sharp rise in coronavirus cases.

Spanish stadiums had gone back to full capacity at the start of October. Valencia appeared to be on their way to winning after Omar Alderete headed the hosts in front in the 51st minute. But Espanyol tilted the match in its favor in the second half, and substitute Jofre Carreras proved key to its comeback.

Carreras was fouled by Hugo Duro in the 82nd while trying to shoot in the area, and Duro was sent off with his second booking. De Tomás converted the resulting penalty by sending it under goalkeeper Jasper Cillessen, who could have done more to stop the Spain striker from claiming his ninth league goal of the campaign.

Carreras then cued Puado up to head in the 88th-minute winner with a pinpoint cross from the right flank, bending the ball down to his forward with only Cillessen to beat. Valencia's Rubén Iranzo almost grabbed an equalizer in stoppage time when his header hit the crossbar.

“It has been tough for us to get this first away win of the season, but finally it is here,” said Puado, whose team had previously drawn three and lost six on the road in the league.

Valencia remained in eighth place after just its second loss at Mestalla Stadium this season. Espanyol jumped to ninth, two points behind Valencia.