There were mixed fortunes for the four Premier League clubs in Monday's Europa League draw, while Milan are heading to Serbia 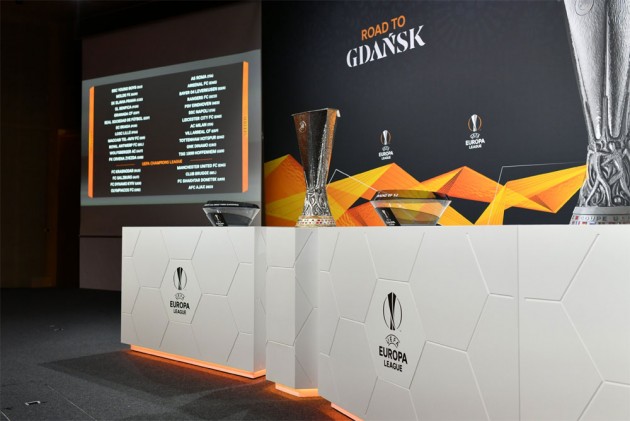 Manchester United have been drawn against Real Sociedad in the Europa League, while Arsenal will face Benfica in the last 32 of the competition. (More Football News)

United are one the Champions League teams to now be involved in the knockout rounds of the competition, though the draw was far from kind for Ole Gunnar Solskjaer's side despite being seeded.

Sociedad sit top of LaLiga and have only lost twice so far this season in all competitions.

The Spanish club – whose squad includes former United player Adnan Januzaj, as well as ex-Manchester City captain David Silva – will have home advantage in the first leg next February.

Arsenal, meanwhile, will go on the road first in their tie with Benfica, who qualified from Group D behind Rangers.

The Gunners have prospered in Europe this campaign but are struggling badly for form in the Premier League, Sunday's 1-0 defeat to Burnley their fourth in a row at home.

As for their north London neighbours Tottenham, they will go up against Austrian club Wolfsberger when they resume their Europa League campaign in early 2021.

Leicester City will be on the road for the first leg of their tie with Slavia Prague, while Milan will have to get past Red Star Belgrade if they want to remain on course to lift the only European trophy that has eluded the club so far.

As for Ajax, who finished third in a Champions League group that included Liverpool and Atalanta, the Dutch club have been drawn with Lille.

The first legs will be played on February 18, with the return fixtures to take place the following week.

Spurs will play their home game on Wednesday February 24, however, so to avoid a clash with Arsenal.

Which game are you most looking forward to? #UELdraw pic.twitter.com/xd8ieXnZv9