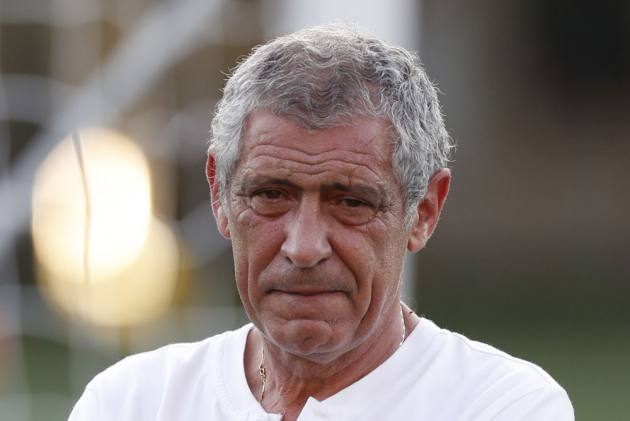 He's just not going to tell anyone what they are.

The Belgians won all three of their group matches at the European Championship to set up a match against defending champion Portugal on Sunday in the round of 16.

Santos praised Belgium but said the team also struggled, especially in the come-from-behind win over Denmark when the top-ranked FIFA team was held to only six attempts.

"I'm not going to talk about their weaknesses now because I don't want them to know what I’m thinking,” Portugal coach Fernando Santos said. "But there are things we can explore. The game against Denmark showed some of their weaknesses."

Belgium opened with a comfortable 3-0 victory against Russia and then needed late goals to defeat Finland 2-0 in its final group game. The Belgians beat Denmark 2-1 in between.

Only Belgium, Italy and the Netherlands won all their group matches at Euro 2020. Portugal struggled to advance with a win, a draw and a loss, but it was in a much more difficult group that included World Cup champion France, Germany and Hungary.

"Belgium has a lot of strengths, especially the knowledge they have of each other for having been together for such a long time,” Santos said. “Everything flows naturally. They already know where everyone is without having to think about it."

Santos said Belgium’s ability to use multiple formations can also pose a challenge for Portugal.

Santos is expected to have midfielder Danilo available for the match at La Cartuja Stadium after he had to be substituted at halftime in the 2-2 draw against France following a collision with the opposing goalkeeper.

Right back Nelson Semedo, who also came off injured against France, appeared to be in good condition as well during practice on Thursday.

Also back with the squad was left back Nuno Mendes, who had been injured and training separately.

Portugal will again be led by Ronaldo, who is one goal from breaking the overall men’s scoring record. He has already scored five times at Euro 2020 to move level with former Iran striker Ali Daei with 109 goals.