Euro 2020, ENG Vs DEN: Bukayo Saka Back Training As England Prepare For Semi-final Against Denmark 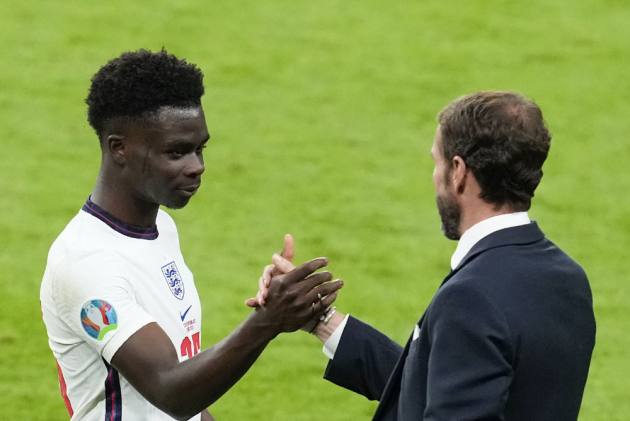 Bukayo Saka recovered from a knock and trained on Monday as England built up towards the Euro 2020 semi-final against Denmark.

Having topped Group D unbeaten, the Three Lions followed up a 2-0 win against Germany in the last 16 by beating Ukraine 4-0 in Rome at the weekend.

Saka started against Germany last Tuesday but was not included in the squad for Saturday's match at the Stadio Olimpico due to a slight knock.

But the 19-year-old was back training with the rest of the 26-man squad on Monday as Gareth Southgate's side stepped up their preparations for the Denmark semi-final.