English fans have a horror night as Three Lions once again failed in the shoot-out, but this pitch invader was having a blast 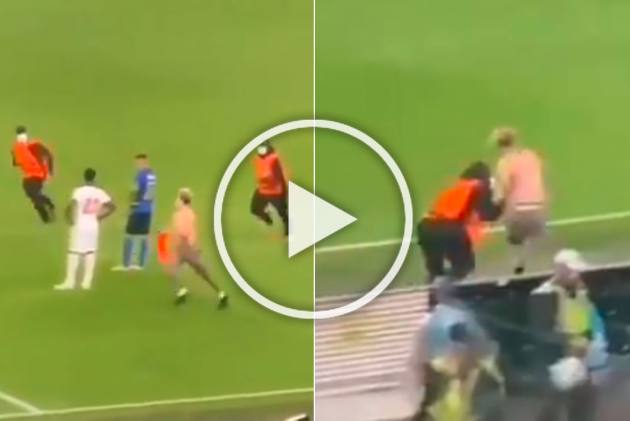 Reports of ticketless fans forcing their way into Wembley Stadium threatened to compromise the Euro 2020 final between Italy and England. But the marquee clash, probably the biggest yet in the COVID-19 world, started as scheduled with Azzurri taming the Three Lions in their own den on penalties late Sunday. (More Football News)

But the match itself was not devoid of interruption. Towards the end of normal time, as the scores remain 1-1, a fan invades the pitch. What followed was a crazy 'catch me if you can' run as security personnel found out they were out of their depth, of breath.

Italy beats England 3-2 on penalties
to become the #EURO2020 Champion again, for the first time since 1968.

The much dreaded wait continues for England as Saka breaks down into tears.

The normal time ended 1-1 after Leonardo Bonucci scored in the 67th minute to cancel Luke Shaw's fastest goal in a European Championship final, a second-minute strike. The extra-time remains a sordid affair, thus forcing a shoot-out.

And it the moment England knew they were in for another haunting night. Roberto Mancini's men won 3-2.