Switzerland are in Group A along with Italy, Turkey and Wales. Check the team preview here 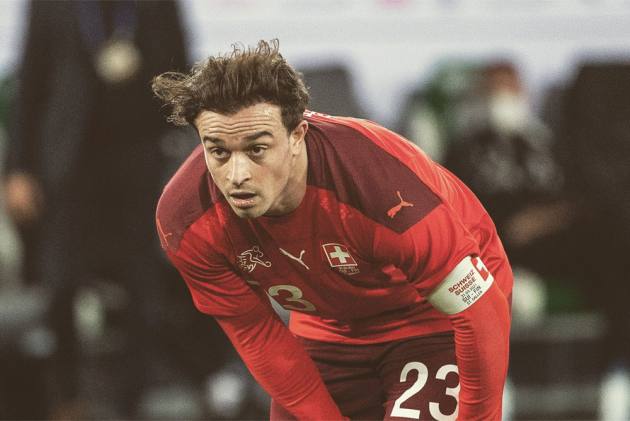 "Only a blind referee can stop us now," that's how Swiss fans go about singing when their national team take the field. But it's evidently clear that the blame lies elsewhere. Their best effort, overall, remains a silver medal in the 1924 Olympic Games, nearly a century ago. And they have a habit of stumbling at knock-out stages. (More Football News)

Switzerland have since appeared in three World Cup quarter-finals (in 1934, 1938 and 1954), a semi-final defeat against eventual champions Portugal in the 2019 Nations League, and a Round of 16 at the previous edition of the European Championship. Yes, they surprised everyone by winning the U-19 World Cup in 2009. Now the 'A-Team' is vying for another continental fare. And there's hope. Cautious hope!

Switzerland haven't won a knockout match at a major tournament since the 1938 World Cup, despite their resilience. In the Euro 2016, they suffered a heartbreaking penalty shoot-out defeat against Poland with Granit Xhaka missing his kick after Xherdan Shaqiri's late equaliser to make it 1-1 in normal time. Both the stars will once again play crucial roles as Vladimir Petkovic plots to escape a difficult group.

Switzerland are in Group A, along with Italy, Turkey and Wales. While Italy are one of the giants of world football, Turkey remains the dark horses, and Wales reached the last-four five years ago. Swiss start their Euro 2020 campaign with a clash against Gareth Bale's Wales on June 12 in Baku. Switzerland travel to Rome to take on Italy on June 16, then return to Azerbaijan for the Turkey match on June 20.

Switzerland are known for their disciplined defensive play; and in this edition too, they will hope to wear down opposing teams before going for winners. Meaning, the pressure will be on defenders. And the focus will be on Granit Xhaka. The Arsenal defensive midfielder will once again pair with fellow U-17 World Cup winner Ricardo Rodriguez.

But their most famous player is another England-based star, Liverpool's Xherdan Shaqiri, who can bamboozle any defence on his day. The skipper will hope for support from the likes of Haris Seferovic and Remo Freuler. Then there is Ruben Vargas. The 22-year-old Augsburg winger can be one of the break-out stars.