England are in Group D along with Croatia, Scotland and the Czech Republic in the Euro 2020. Here's team preview 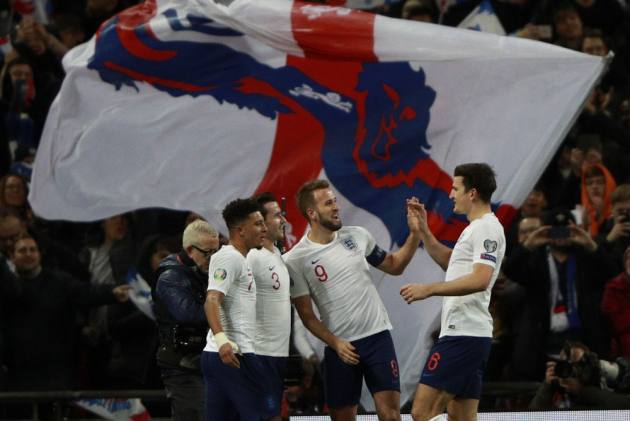 Can the nation that invented the sport end a 55-year wait for a major title? England coach Gareth Southgate could hardly have a better chance as they enter the Euro 2020 as a confident side. The squad is bristling with young and exciting talent. Three Lions have home advantage through the final. They also have a strong recent record. In fact, England have won 18 of their 24 home games under Southgate since he took charge late in 2016, losing twice. (More Football News)

England might not have ended their long wait for a title but they have been going deep in competitions under Southgate, giving players experience in pressure matches. The run to the World Cup semifinals was England's best performance at a major tournament since 1996 and included the team's ending their so-called curse in penalty shootouts, against Colombia in the last 16. They also reached the semifinals of the inaugural Nations League tournament in 2019, losing to the Netherlands in extra time.

England have much going in their favor heading into the European Championship, putting one of the world's underachieving football teams among the favorites. They are in Group D, which also has Croatia, Scotland and the Czech Republic.

England, one of the group hosts beside Scotland, play all their matches at Wembley Stadium in London. They take on Croatia on June 13, Scotland on June 18 and the Czech Republic on June 22.

If they win the group, their last-16 match against runners-up of Group F (France, Germany, Hungary, and Portugal) will be in London. If they finish second, then they travel to Copenhagen to play Group E (Poland, Slovakia, Spain and Sweden) runners-up. For a third-place progression, they travel to Budapest to face Group C winners (Austria, Netherlands, North Macedonia and the Netherlands).

For later stages, with the semifinals and final also being held at Wembley, there's a possibility that England would only have to play one game — in the quarterfinals — away from home. But, at this time, it will look presumptuous for England even to think about these fixtures.

Phil Foden. Mason Mount. Reece James. Jude Bellingham. Jadon Sancho. All the young star, then Harry Kane. The list goes on and on. Southgate already had a solid platform on which to build after leading England to the World Cup semifinals in 2018, but the number of youngsters who have emerged since then, especially in the last 12 months, has been staggering and is the envy of many of England's rivals.

Bellingham is an assured, 17-year-old midfielder who has established himself as a regular at Borussia Dortmund, alongside the 21-year-old Sancho. Attacking midfielders Foden (20) and Mount (22) are already stars for the clubs — Manchester City and Chelsea, respectively — who played in the Champions League final.

James, a 21-year-old Chelsea right back, was one of the best players in that final and is likely to keep out Trent Alexander-Arnold. They could all be the sparks to drive England to the title.

England captain Harry Kane was the top scorer at the last World Cup, finished as the top scorer in this season's Premier League, and has added an extra edge to his game by showing off his ability to drop deeper and be the link-up man in attacks for England and Tottenham this season.

His goals come from all over — close range, outside the area, right foot, left foot — and he might be peerless as an all-round striker.

With 34 goals since his England debut in 2015, when he scored with his first touch, Kane looks certain to break Wayne Rooney's record national team total of 53 if he stays healthy.

England's major flaw at the last World Cup was the midfield's inability to retain possession and manage games, highlighted in the way Croatia gradually overwhelmed the team in the semifinals.

Central midfield has been a work in progress — and remains the team's weakest link — but there are signs Southgate has found a formula. Declan Rice is now established as the holding midfielder and Mount as the creative force further upfield. They just so happen to be best friends.

The other place is likely to go to Jordan Henderson, Liverpool's Premier League and Champions League-winning captain, although he has had fitness issues.

That trio has a bit of everything — leadership, energy, drive — but there is a dip in quality among the backups, headed by Kalvin Phillips of Leeds and James Ward-Prowse of Southampton, which could bite England if injuries strike.