Giacomo Raspadori made the final cut for Italy, but Matteo Pessina, Matteo Politano and Gianluca Mancini missed out. 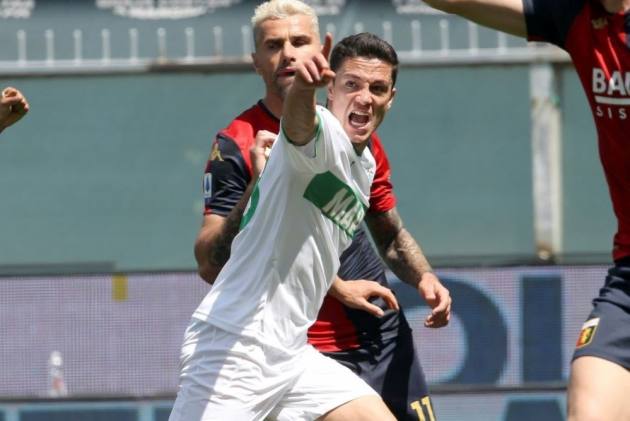 Raspadori is a surprise selection considering he is yet to make his debut for the national team and has only played 39 games in Serie A.

The 21-year-old did make 27 league appearances in the 2020-21 campaign but only 13 of those were starts, scoring six goals as Sassuolo finished eighth.

All of his goals came since the turn of the year, though, including finding the net against Milan in April and then also Juventus the following month.

He was part of Italy’s squad that was knocked out of the European Under-21 Championship on Monday, losing 5-3 after extra time against Portugal in an eventful quarter-final tie.

As well as Raspadori, Mancini also found a spot for Atalanta defender Rafael Toloi, though his club colleague Matteo Pessina failed to make the final cut.

There is no place for Matteo Politano either, while Roma defender Gianluca Mancini misses out.

Italy face the Czech Republic on Friday in their final friendly before the tournament, which was postponed last year due to the ongoing impact of the coronavirus pandemic.

The Azzurri will then go up against Turkey in their opening game on June 16, with Switzerland their next opponents four days later. They round out the group stage by taking on Wales on June 20, with all of those fixtures taking place in Rome.