England face Italy in the final, who are currently on a 33-match unbeaten run 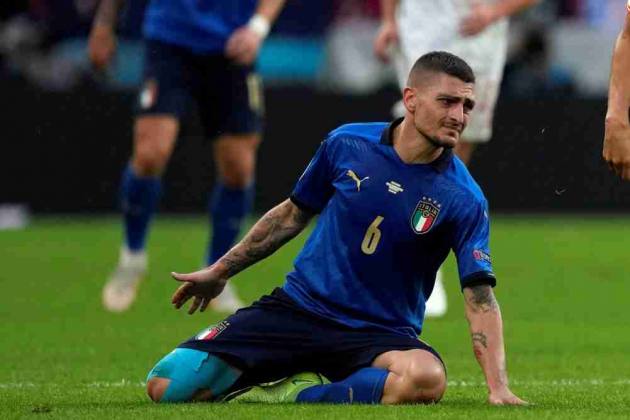 Italy midfielder Marco Verratti says he would not have awarded the penalty for England that lead to Harry Kane's deciding goal in their 2-1 semi-final victory over Denmark on Wednesday night, describing the decision as "generous". (More Football News)

Raheem Sterling burst into the penalty area in extra time and appeared to lose his balance following a challenge by Joakim Maehle.

The England winger eventually fell to the ground after a nudge from another Denmark player, Mathias Jensen.

The referee pointed to the penalty spot, the decision stood after a review by the video assistant referee and Harry Kane scored — off the rebound after the penalty was saved — to send the hosts to the final of a major competition for the first time since 1966.

They will meet Italy in the final, who are currently on a 33-match unbeaten run — a national record. (AP)