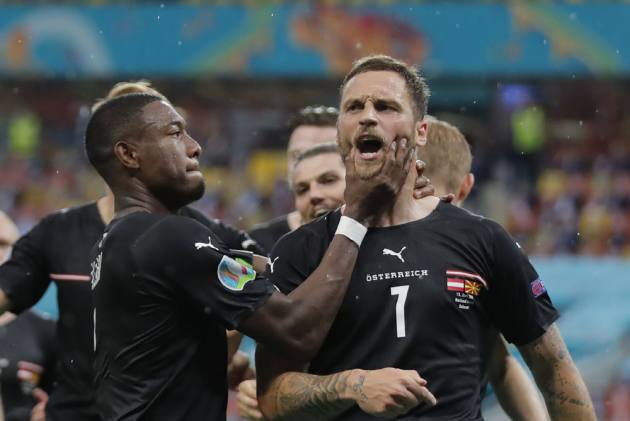 Austria forward Marko Arnautovic was banned Wednesday for one match at the European Championship for insulting a North Macedonian opponent. (More Football News)

Arnautovic was charged with “insulting another player” under UEFA's disciplinary rules.

He was accused by the North Macedonian soccer federation of insulting Ezgjan Alioski. Alioski's family roots are Albanian. Arnautovic's father is Serbian and his mother is Austrian.

Arnautovic could have been banned for 10 games if UEFA had found his comments to be racist or insulting based on ethnic origin.

The incident flared after Arnautovic scored Austria's third goal in a 3-1 victory over North Macedonia on Sunday in Bucharest, Romania. He later apologized on Instagram for “some heated words” and said he was not a racist.

Alioski later said he had not heard what Arnautovic said in Serbian. That left it unclear how UEFA could prove a charge of racism or ethnic discrimination.

Arnautovic will miss Austria's game against the Netherlands on Thursday in Amsterdam. Both teams won their opening games in Group C.

The Albanian minority forms about a quarter of North Macedonia's 2.1 million population.

Tensions between North Macedonians and ethnic Albanians in the small Balkan country erupted in 2001 when Albanians took up arms and fought with government forces, demanding more rights.

The conflict ended after seven months with a deal that granted more rights to Albanians.

Serbia and ethnic Albanians have also been in conflict in Kosovo, a former Serbian province that declared independence in 2008.