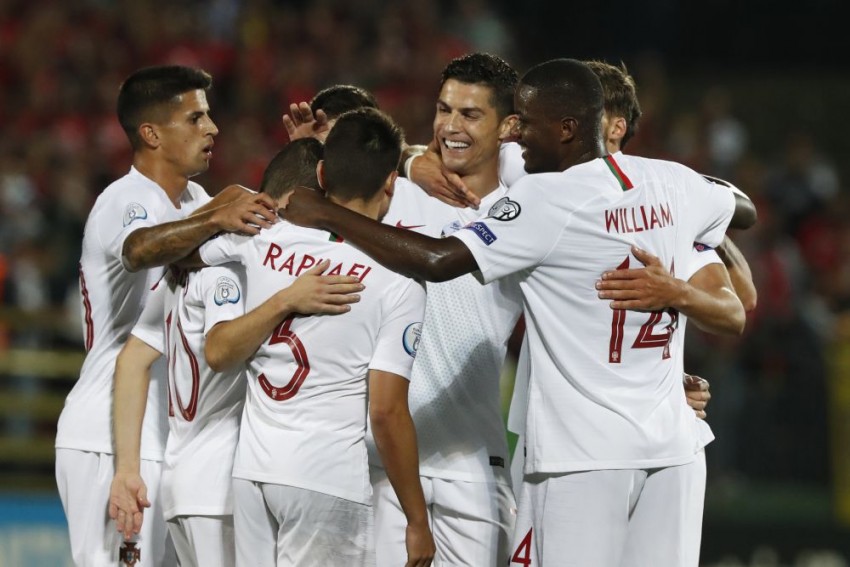 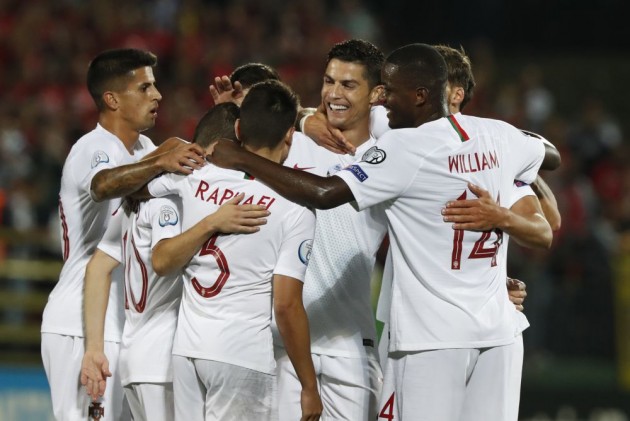 England and Portugal both scored five goals while France scored three as they overcame lowly-ranked Kosovo, Andorra and Lithuania in Euro 2020 qualifying.

Captain Cristiano Ronaldo, making his 160th international appearance, scored four as Portugal won 5-1 in Vilnius on Tuesday and strengthened their position in Group B after a sluggish start. (FOOTBALL NEWS)

For Ronaldo it was a second hat-trick in three internationals. The victory over Lithuania, 130th in the world rankings, kept brought Portugal five points behind Ukraine at the top of Group B.

Portugal, who opened the group with home draws against Ukraine and Serbia, started their recovery with a victory in Belgrade on Saturday. They have a game in hand on all the other teams in the group.

"We were better, we are better, and we won because of it," said Fernando Santos, the Portugal coach.

"We kept the pace after the win at Serbia, otherwise this triumph would make no sense, and we are closer."

Ronaldo's first goal was a penalty. The second, with the scores level after an hour, was a scuffed low shot from outside the penalty area which took a couple of stranges bounces off the artificial turf before it was parried into the air by the diving Ernestas Setkus.

The dropping ball hit the back of the goalie's head before rolling in. The third was a clinical volley from close range. The fourth was a low shot into the corner.

Vytautas Andriuskevicius scored the hosts' only goal before William Carvalho added a fifth for the reigning champions at the end.

Serbia beat Luxembourg 3-1, as Aleksandar Mitrovic netted twice, to solidify their grasp on third place. They are a point behind Portugal.

In Southampton, Gareth Southgate's England side trailed early on to Kosovo, ranked 120th in the world, when Valon Berisha scored after 34 seconds.

England replied with a first-half goal binge that ended with Jadon Sancho scoring twice to make it 5-1 at the break.

The visitors claimed two back in the second half, including a second for Lazio midfielder Berisha, but the 5-3 victory put England three points clear in Group A, ahead of the second-placed Czech Republic, who beat Montenegro 3-0.

In Paris, the world champions made light work of beating 136-ranked Andorra 3-0. It was Les Bleus' 100th match at the Stade de France.

Antoine Griezmann missed a penalty for his country for the second game running but Kinglsey Coman, Clement Lenglet, with his first on the international goal, and Wissam Ben Yedder clinched three points.

"It is really annoying. I'll just need to keep working. You can't be on top of your game all the time," Griezmann said.

"It has been a very good week. It has gone well personally and collectively," Coman told television station TF1.

Cenk Tosun scored twice as the Turks beat Moldova with ease in a 4-0 victory in Chisinau. But Iceland, who had been level with the top two, suffered a blow as they lost 4-2 in Albania.