Euro 2020, Quarter-final, Ukraine Vs England: When And Where To Get Live Streaming In India 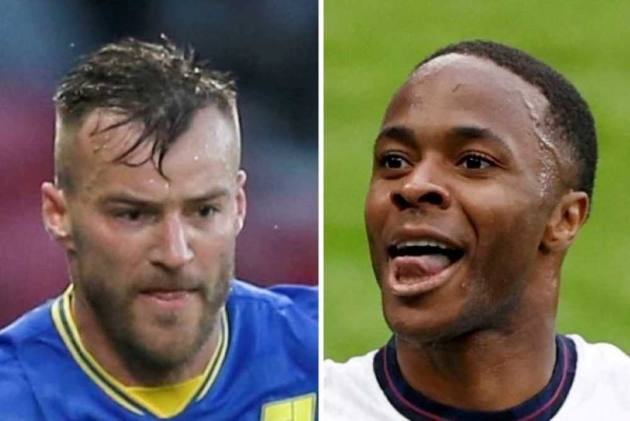 On one hand England will try to get to the UEFA European Championship semifinals after a gap of 25 years, for Ukraine Euro 2020 quarterfinals are unchartered territory.

England are on a high having defeated their nemesis Germany after a gap of 55 years. The winner of this match will face the winner of Czech Republic-Denmark clash.

England will be away from their home comforts for this match. The three Lions will  be travelling to Rome to face Andriy Shevchenko’s Ukraine.

But their 2-1 win over Sweden in Round of 16 would have done wonders to their confidence as they face England who pretty much till now had had an assured and easy run.

England haven’t conceded a goal yet and know that they will return home to the comforts of Wembley if they win against Ukraine. Only three matches now stand between England and title. Both the teams have some injury concerns.

Winger Bukayo Saka suffered an injury while training, while Ukraine’s captain Andriy Yarmolenko, who has two goals in the tournament, limped out of the Sweden clash. Although, he is expected to be fit.

~ England have lost just one of their seven meetings with Ukraine in all competitions (W4 D2), going down 0-1 in October 2009 in a World Cup qualifier. The last two games between the sides have finished level, with this the first meeting since September 2013 (0-0 in Kiev).

~ England and Ukraine have met a major tournament once before, with the Three Lions winning 1-0 in the group stages of EURO 2012, thanks to a Wayne Rooney goal.

~ Ukraine have scored just three goals in their seven meetings with England, and never more than once in a match. The last four meetings between the sides have produced just four goals in total (2 each).

~ Each of England’s previous three quarter-final matches at the European Championship have gone to extra time and penalties – after progressing from the first of these against Spain in 1996, England lost in penalty shootouts against Portugal in 2004 and Italy in 2012.

~ Ukraine’s only previous quarter-final appearance in a major tournament ended in a 3-0 defeat to Italy in the 2006 World Cup. Ukraine have won two of their last three European Championship matches, more than they had in their first seven in the competition (W1 L6).

~ Coming into the quarter-final matches, only Italy (2.1) have a lower expected goals conceded total than England (2.7) at EURO 2020. England have faced just eight shots on target in their four games (2 per game), their lowest ratio on record in a major tournament (since 1966 for World Cup and since 1980 for the European Championship).

~ Raheem Sterling has scored three of England’s four goals at EURO 2020 so far, while only two players have ever scored more for the Three Lions in a single edition at the tournament – Alan Shearer in 1996 (5) and Wayne Rooney in 2004 (4).

~ Andriy Yarmolenko has either scored (two) or assisted (three) five of Ukraine's eight European Championship goals. Indeed, five goal involvements is level with Andriy Shevchenko (4 goals, 1 assist) for the most by a Ukraine player at major tournaments (World Cup & EUROs).

~ Of players to have attempted at least 200 passes so far at EURO 2020, only Aymeric Laporte (95.3%) has a higher pass success rate than England defender John Stones (95.1%). (with Inputs from Stats Perform)