Karim Benzema, Gareth Bale and Eden Hazard could be Carlo Ancelotti's front three at Real Madrid, but they have international duty up first at Euro 2020 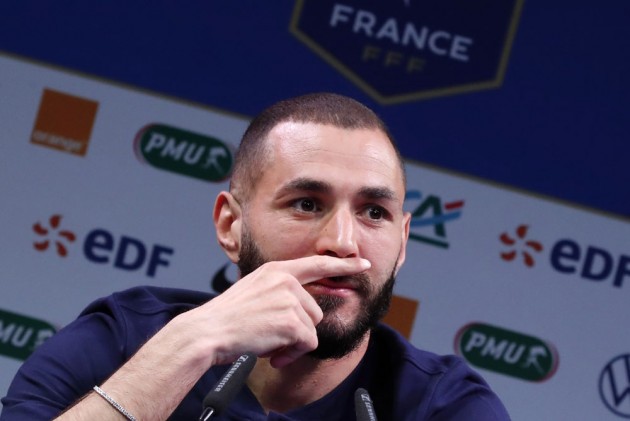 The year-long delay to Euro 2020 has shifted the narrative for a host of stars, and meant the long wait for a return to the big stage has been extended for others. (More Football News)

Now, though, Europe's elite are set to battle it out as Portugal defend the title they won in France five years ago.

Some players enter the competition in great form and with little baggage, but for others this month-long tournament is a chance to make a big splash, or live up to long-held expectations.

Here, Stats Perform looks at two famous footballing nations, four big-name stars and a coach who bows out of his current job and may have designs on his next assignment.

Brilliant EURO free-kicks Which is your favourite here?

The wing wizard can do little wrong in the eyes of Wales and Tottenham supporters, and perhaps now there is a glimmer of hope for his Real Madrid career.

At the end of a season-long loan at Spurs, it seemed likely Bale would head back to Madrid and spend the final year of his contract largely on the sidelines. His future looked to be one of training, playing the odd Copa del Rey game and making fleeting LaLiga appearances, and spending his happiest hours on the region's best golf courses.

Now that Zinedine Zidane has moved on, that could change all of a sudden, and Bale has an immediate chance to make an impression on new Madrid boss Carlo Ancelotti when he captains Wales at the Euros.

Bale joined Madrid in 2013, when Ancelotti was embarking on his first spell at the Santiago Bernabeu, but his career in Spain looked to have all but conked out 12 months ago.

The door certainly seems open for the 31-year-old to do just that as, in his presentation news conference at Madrid, Ancelotti said: "Gareth has not played much in the Premier League [in 2020-21], but he scored lots of goals, and was very effective in recent games when he had a chance to play.

"He is coming back, I know him very well, he will be motivated to play better and have a great season, no doubt."

At Spurs, he scored 16 goals across all competitions at an average of one every 104.44 minutes, and his match fitness appeared to be building up nicely when the season ended.

Bale exceeded his expected goals (xG) total of 11.07 quite handsomely, and for the first time since the 2015-16 season he scored more goals than he had big chances.

He had 15 such chances, defined by Opta as situations "where a player should reasonably be expected to score".

Bale is said by some observers to be considering retiring after Euro 2020, but that could be a waste of a still-luminous talent and Ancelotti is sure to be closely watching.

Eden Hazard: Brilliant Belgian has been a Real disappointment

So often sparkling for Belgium and Chelsea in the past, Hazard has left Madrid supporters wondering what has happened to that fizz since he landed in Spain.

He started just seven games in LaLiga in the season just ended, a string of muscle injuries and a spell out with COVID-19 ruining his campaign.

When fit enough to feature, the forward's numbers have been way down on those that he produced – to take a pertinent example – during Belgium's Euro 2020 qualifying campaign.

A fair way of assessing his figures is to look at how Hazard contributes for every 90 minutes he is involved with club and country, and the comparison between his displays in Belgium's run to reach this tournament and in 2020-21 at Madrid shows an alarming dip.

It bears remembering that Hazard has not had the run of games that would give him full match fitness. If Real Madrid fans want any succour, they can find it in his Belgium statistics and must hope the coming month sees the 30-year-old roll back his form a couple of years.

A fit and firing Hazard would be a huge asset to Ancelotti, who is expecting the former Chelsea star to have an impact next term.

"Hazard is a top player, he has had injury problems, and not shown his top potential yet here," Ancelotti said. "I believe he can do that next year, he wants to, is motivated."

Nobody doubts Benzema's ability or his current form. Firing 23 goals for Real Madrid in LaLiga showed he is coming into Euro 2020 in great shape.

The thing is: few expected him to play any part in this tournament.

Off-field matters and an impending court case have seen Benzema frozen out by France, the 33-year-old sidelined from international duty since 2015 following allegations he had a part in a plot to blackmail former Les Bleus player Mathieu Valbuena.

Benzema strenuously denies any wrongdoing and for the duration of Euro 2020 he will aim to show what France have been missing in his absence. They managed to win the 2018 World Cup without him, and reach the final of Euro 2016, yet coach Didier Deschamps has decided his team need Benzema's presence for the coming month.

It could be a masterstroke or could go disastrously wrong, with France a national team who have combusted before during a big tournament.

Benzema last year made the snippy remark that Olivier Giroud was a go-kart and he, by contrast, was a Formula One car, but now they are rivals for selection.

Squad harmony is vital at any major championship, and Benzema's presence brings that little extra frisson. This gamble could go either way. Watching him and France will be fascinating.

Marcus Rashford: Making his pitch for a better England

Manchester United striker Rashford has been a pandemic social justice warrior, emerging as an inspirational figure as he battled for school children to avoid food poverty.

There is so much to admire about the 23-year-old Mancunian, who has also faced – and faced down – appalling racism on social media.

It would take a cold, cruel heart to begrudge Rashford a major moment on the pitch now, and that could come with England over the coming weeks.

On the international scene since just before Euro 2016, Rashford is now fixtures-and-fittings within the Three Lions set-up, but he has still yet to score at a World Cup or European Championship.

Before June's pre-Euros friendlies he had 40 caps and 11 goals and will want to improve his so-so goals-to-games ratio, which is partly explained by the fact only 20 of those caps came as a starter.

Golden Boot winner Harry Kane carried so much of the scoring burden for England at the last World Cup, and sometimes it takes two. Rashford scored three times in Euro 2020 qualifying and is coming off a 21-goal campaign with United, scoring on average once every 197.76 minutes.

The man who is effecting positive change in the way many live their lives, influencing politicians and shaping a better future for millions, could now do his country a massive favour on the football field. 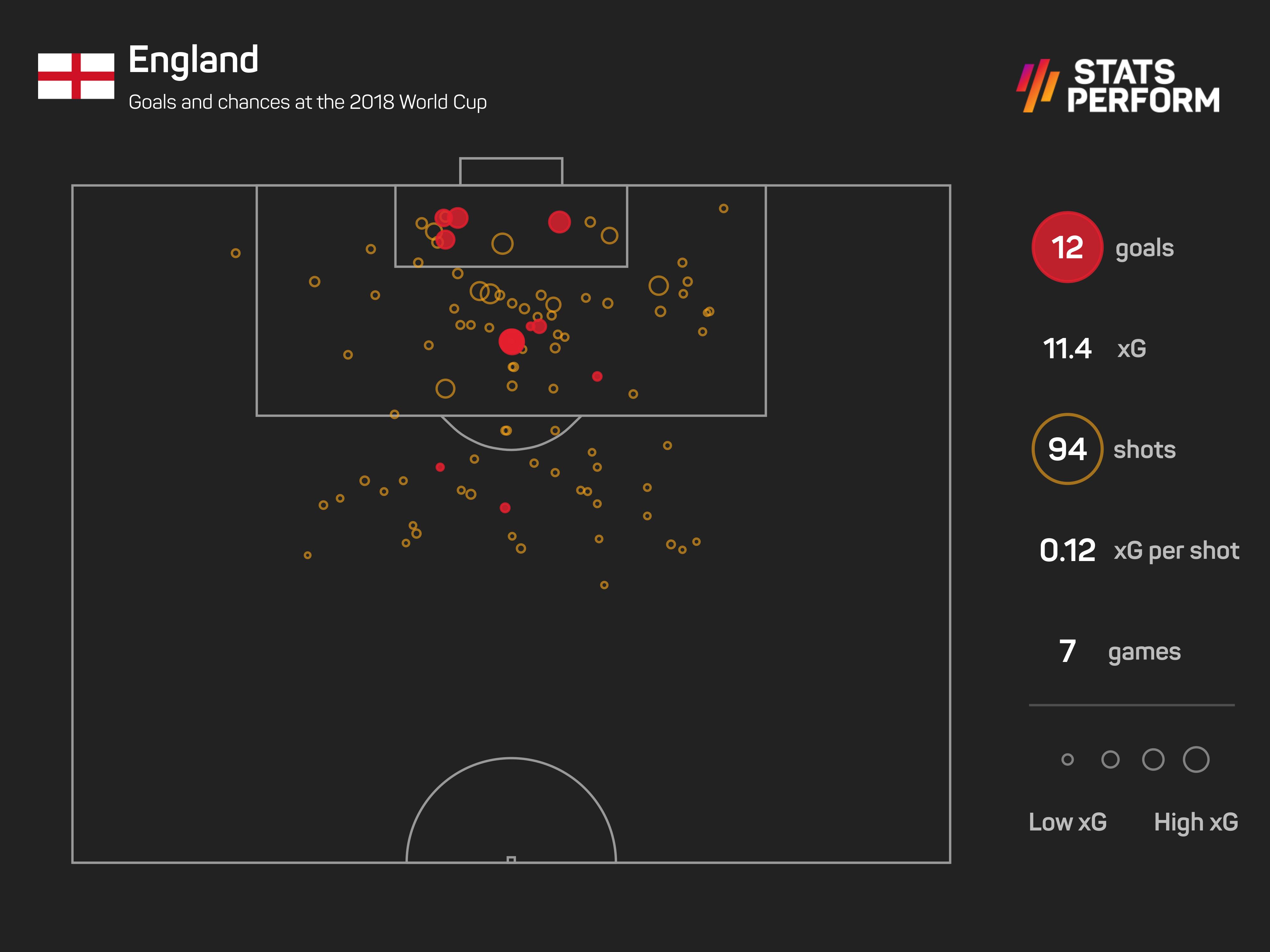 Scotland: They're back, thanks to Mourinho's former right-hand man

Few in the Scotland team are long enough in the teeth to remember the last time the Tartan Army descended on a major tournament.

It was 1998, with the Scots giving Brazil a major test in the opening game at the Stade de France. A draw followed against Norway followed the 2-1 loss to the Selecao, before a dismal defeat to Morocco meant the campaign ended in crushing disappointment.

Hopes have flickered and foundered in the decades since, but Steve Clarke, once an assistant boss to Jose Mourinho at Chelsea, has led his team back to the big time.

With the likes of Andy Robertson, Scott McTominay and Che Adams, they possess Premier League quality, and two games Hampden promise to be nourishing for the soul.

Scotland is an expectant nation. That tends to end in intense disappointment at major tournaments, but optimism abounds as the games approach, the June 18 clash with England at Wembley ringed in the diary.

It felt absurd that Italy should be absent from the 2018 World Cup, but they failed the meritocracy test of qualification when losing a play-off to Sweden.

That meant they were absent from football's great global gathering for the first time since 1958, and coach Gian Piero Ventura was swiftly given the heave-ho.

Enter Roberto Mancini, the former Inter and Manchester City boss who has led a scorching revival of the Azzurri, a team who won all 10 of their qualifiers and headed into June on a 26-game unbeaten run.

Wales, Turkey and Switzerland are the group-stage opposition for Italy, and the Turkey game in Istanbul gets the tournament underway.

They are a team perhaps without a superstar, but as Paolo Rossi and Toto Schillaci would attest, iconic Italian figures can emerge on the big stage.

26 - Italy have gone unbeaten for 26 matches in a row (W21 D5), the second longest run in their history after the 30 under Vittorio Pozzo between 1935 and 1939. Flawless.#ItaliaSanMarino pic.twitter.com/AFeCsAAo3l

Joachim Low: Hit for six, Germany go back to the future

After 15 years, Low will step down as Germany head coach following these finals. Many in Germany think he should have stepped aside already, but Low has powerful support within the DFB, the national federation.

A 6-0 defeat to Spain in the Nations League last November felt like an appalling nadir, with Germany outshot 23-2 in Seville and having just 30 per cent of possession.

Something had to change and it has, with Low summoning Thomas Muller and Mats Hummels out of the international exile he harshly imposed on the experienced pair over two years ago.

Low felt he could do without their talents but it proved a major misstep, and for Germany's sake they are back. What Low does next remains to be seen, but a strong Euro 2020 campaign with Germany would bolster his chances of landing any elite club job.

The 61-year-old was a World Cup winner seven years ago, but the most immediately telling part of his legacy will be written during this European summer.