Euro 2020 Semi-final: Italy Vs Spain - Where To Get Live Streaming In India 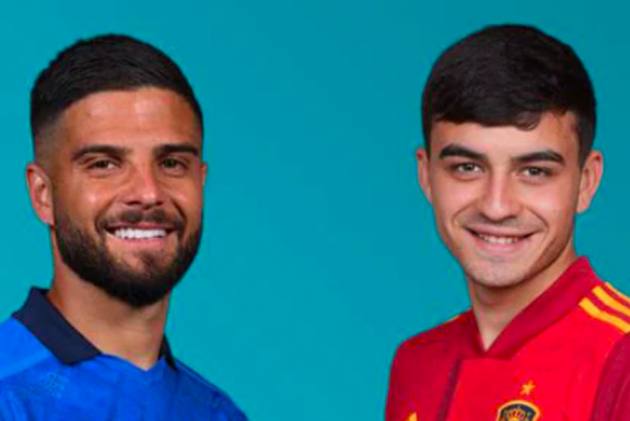 This a clash of titans. Italy are four-time world champions and have won the continental title once, in 1968. They were also the losing side in the UEFA European Championship in 2000 and 2012 finals. Spain, on the other hand, remain the only national team to win three consecutive major titles -- 2010 World Cup sandwiched between two Euros in 2008 and 2012. In fact, they have three continental titles, with the first one winning in 1964. And Spain were also the losing finalists in 1984.

Now, Italy and Spain will meet in a high-octane semi-final match for a place in the final of the Euro 2020 at Wembley, against the winners of the England vs Denmark clash.  Spain, at the height of their tiki-taka, hammered Italy 4-0 in the final of Euro 2012, and it proved to be La Roja's final international glory. But the current side under Luis Enrique has promised a lot and they are just two wins away from restoring that lost glory. Just the perfect time before next year's World Cup in Qatar, one might say.

Strangely, Italy failed to qualify for the Russia World Cup. But it served as the catalyst, and they have since dominated every side with Roberto Mancini letting loose team, allowing his players to play freely, without any worry. For the record, Azzurri had eliminated Spain in the 2016 round of 16 with a 2-0 win.

What happened so far

Italy won Group A, beating Wales, Switzerland and Turkey, without conceding a goal. But they were pushed to the limits by Austria in their round of 16 clash, for a 2-1 win in extra time. But they soon found form and dispatched top-ranked Belgium in the quarter-final with a 2-1 victory.

Spain finished second in Group E behind Sweden, with one win (5-0 against Slovakia) and two draws (goalless against the Swedes and 1-1 against Poland). Then they survived two shoot-outs. In the round of 16, they escaped with a 5-4 penalty shoot-out win against Croatia after the normal time ended 3-3. Spain once again rode their luck in the shoot-out to beat Switzerland 3-1, after the normal time ended 1-1, for a place in the last four.

Spain have won 12 times in 33 previous meetings, as against Italy's nine. Another 12 matches ended in draws. In their last meeting, Spain had defeated Italy 3-0 in the return leg of the 2018 FIFA World Cup qualifier, Group G match. The first leg had ended in a 1-1 draw.

Roberto Mancini, Spain: "We scored two [against Belgium] and we could have scored more. I think the victory was fully deserved. Spain are next, but the more you progress, the more difficult it becomes."

Luis Enrique, Spain: "We are so proud. It'd be ridiculous to think that we, or any of the semi-finalists, would sign for just getting this far now – all of us want to get to the final and win."