Netherlands clinched Euro 2020 qualification by drawing away to Northern Ireland, and captain Virgil van Dijk vowed to savour the success 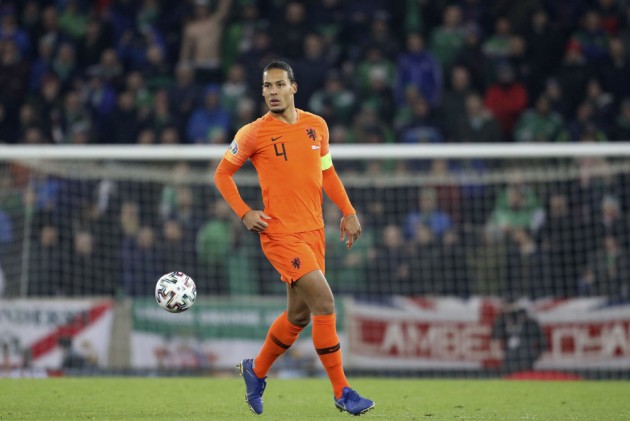 The Dutch ended their self-inflicted exile from major tournament football, having failed to reach Euro 2016 or last year's World Cup, when a 0-0 draw away to Northern Ireland secured a top-two finish in Group C.

Netherlands were without the injured Memphis Depay and carried little threat up front in his absence, while Northern Ireland's Steven Davis missed a first-half penalty that would have ramped up pressure on Ronald Koeman's men.

But in the end the visitors secured the primary objective for the night - the certainty they will be in next summer's 24-team European Championship.

"We wanted to win today and we had chances. We knew it would be difficult but in the end we qualified - how doesn't really matter very much.

"In the last 15 minutes, Northern Ireland started to play more directly, hoping for free-kicks and corners. It was up to us to stay sharp and we did very well at times.

"We are going to the European Championship, let's just enjoy it now. We will prepare ourselves well for that."

Northern Ireland can still qualify by the play-off route, while Netherlands appear likely to finish as group runners-up behind Germany, whom they trail by two points.

The Germans round off their qualifying campaign with a home clash against Northern Ireland next Tuesday, and on the same night Netherlands play host to Estonia.