For a team that failed to qualify for the 2018 World Cup, Italy's recent results are quite remarkable. And Austria, in the round of 16 at the tournament for the first time, will get their chance at Wembley Stadium 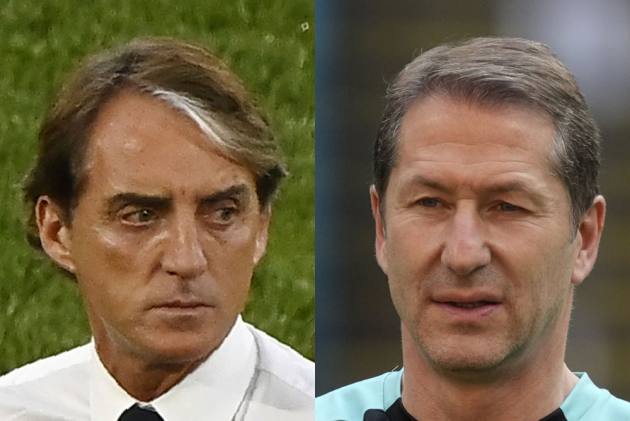 Italy's unbeaten streak won't last forever, and Austria coach Franco Foda is plotting to be the one to stop it.

The Italians have become one of the favorites at the European Championship after winning all three of their games in the group stage, scoring seven goals and conceding none. Those three victories at Euro 2020 extended the team's unbeaten streak under coach Roberto Mancini to 30 games — matching the previous record set in the 1930s.

“Initially it seemed to be an insurmountable and impossible challenge for us, because they haven't lost for an eternity,” Foda said.

“But sooner or later even Mancini's team will lose.”

Austria, which has reached the round of 16 at the tournament for the first time, will get its chance on Saturday at Wembley Stadium.

Besides the unbeaten streak, Italy will also be trying to set another record. The team has not conceded a goal in 11 matches, a total of 1,055 minutes. If Austria fails to score, Italy will surpass the record of 1,143 minutes set between 1972 and 1974.

For a team that failed to qualify for the 2018 World Cup, Italy's recent results are quite remarkable.

“It's something that makes us proud, especially considering what they thought of us before the tournament started,” Italy forward Lorenzo Insigne said.

“But we have to stay focused, calm and think about ourselves. We haven't done anything yet. Our objective is to go all the way, it wasn't just to get through the group stage.”

The previous coach, Gian Piero Ventura, lost the squad's support during a World Cup playoff loss to Sweden when he left Insigne — considered the team's most talented player — on the bench.

Insigne has formed a strong partnership with Ciro Immobile, who has finally been able to translate his scoring success in Serie A to the international stage.

“In the past other coaches have used formations that were less compatible with my style of play, although I have always made myself available.

“Now Mancini is using a system of play that is more suited to me and to other players' characteristics.”

Insigne already has experience scoring at Wembley, in a 1-1 draw against England in a friendly in 2018.

“It was only a friendly but it was incredible,” Insigne said.

“I think it's everyone's dream to score in such a stadium. We will try to go to London and give a great performance, as we have always done until now.

“Our strength is that we don't change our nature ever. Austria runs a lot and creates pressure, we'll study our opponents but we will prepare for the match thinking about what we have to do.”

Italy is playing with such spirit that the buzzword among the Azzurri players is “fairytale.”

No one embodies that more than Giacomo Raspadori, a 21-year-old Sassuolo forward who hadn't even played a game for Italy when he was named in the 26-man squad for the tournament.

Raspadori was brought on as a substitute in Italy's final group match against Wales, making only his second appearance for his country.

“This is all a fairytale, for the team and for me,” Raspadori said.

“In four months so many things have changed.

“Those who are now my Italy teammates were who I saw as sporting idols a short while ago.”