Home  »  Website  »  Sports  »  Europa League | Horror Miss, Own Goal, But Lots To Like - How Manchester United's Teens Got On Against Astana

Europa League | Horror Miss, Own Goal, But Lots To Like - How Manchester United's Teens Got On Against Astana 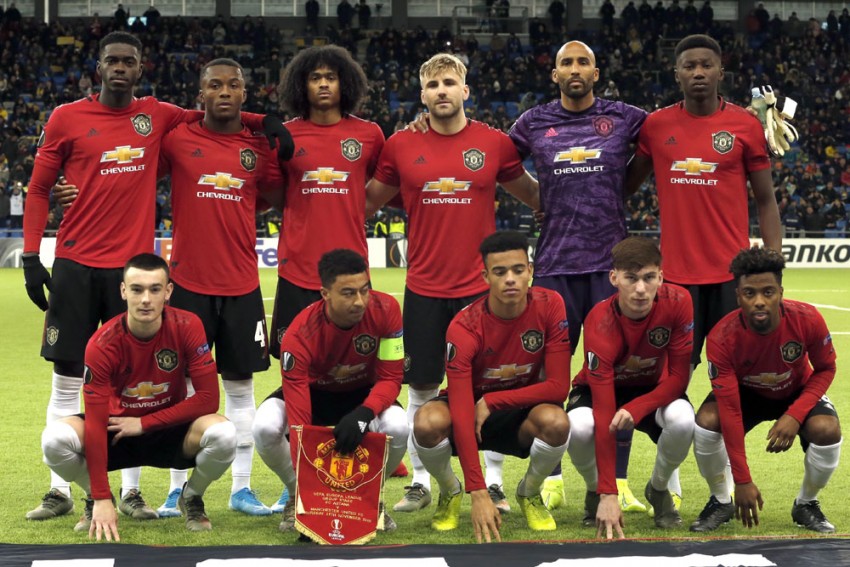 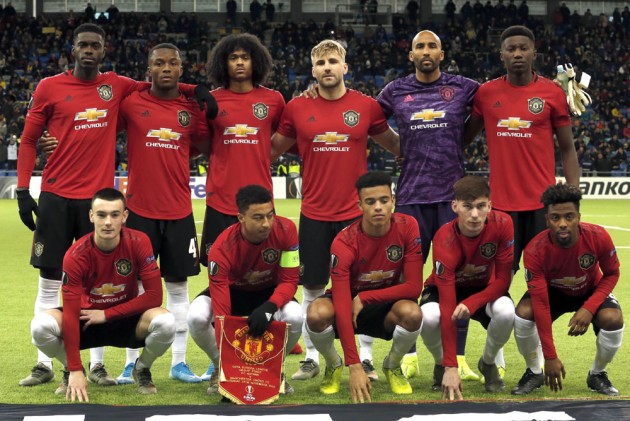 Jesse Lingard was named captain and gave United a 10th-minute lead, but that impressive opening to the contest crumbled after half-time.

Dmitry Shomko equalised in the 55th minute before the unfortunate Di'Shon Bernard put through his own goal.

Teenage prospects D'Mani Bughail-Mellor, Largie Ramazani and Ethan Galbraith also came off the bench for United, who have already qualified for the knockout stages. Here, we run the rule over the seven starters under 20.

Six #MUAcademy players made their first-team debuts against Astana.

He had acquitted himself well enough until that point, appearing assured under Astana's set-piece assault early in the second half. No United player made more than Bernard's five clearances and two interceptions.

A mixed outing for the right-back, who added penetration to the United attack but struggled at times defensively – most notably when Shomko's equaliser came down his channel.

Chong's wretched miss with the goal at his mercy in the 54th minute was fairly inexplicable. That chip over from six yards after Angel Gomes and Luke Shaw opened up Astana was compounded because the hosts equalised within a minute.

However, it should not be forgotten that Chong's all-action opening to the contest, where he broke up play and drove United forward, was a key ingredient in them enjoying the better of the first half.

Bright, inventive and always United's most likely creative spark. Gomes jinked in from the left with intent, having an early shot blocked and showing an eye for effective link-up play with Mason Greenwood.

Rukavina streaking clear down the United left to craft the winning goal did not speak well of Gomes' defensive awareness, but his three key passes were more than any United attacker and he almost stole a point with a sumptuous 78th-minute free-kick.

Showed a shrewd eye for a pass during the initial exchanges, breaking lines with a creativity Solskjaer's more experienced pros too frequently lack. Garner's influence waned during the second half but he completed 82 of 84 passes before making way for Ramazani in the 84th minute.

The Wales Under-21 international arguable edged out Gomes as the most impressive United youngster on show. Silky and effortless in possession at times, Levitt oozed class and racked up 104 passes. He found a team-mate with 94.8 per cent of those.

A comedown from the high of his maiden Premier League goal during the undulating 3-3 draw at Sheffield United last weekend. Greenwood, comfortable with either foot, presents an obvious threat to any defence, but his timing was slightly off here, as evidenced by him being flagged offside on three occasions.