Bundesliga, La Liga, Ligue 1 and Serie A actions continue. Here's a look at all the fixtures on Friday 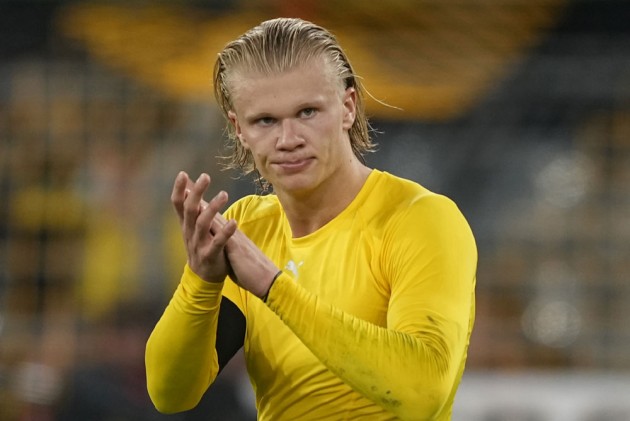 A look at what's happening in European soccer on Friday: (More Football News)

Borussia Dortmund aims to bounce back from a surprise defeat to Freiburg with a win over Hoffenheim to start the Bundesliga's third round.

But Hoffenheim has shown it will be no pushover after an impressive 4-0 win over Augsburg and fighting back to draw with Union Berlin. Dortmund's star forward Erling Haaland was held scoreless last weekend in Freiburg after his involvement in all five goals against Eintracht Frankfurt in the opening weekend.

Valencia hosts Alavés trying to start the Spanish league with two straight home wins for the first time since 2014. It opened this season's campaign with a 1-0 win over Getafe then drew 1-1 at Granada.

Alavés played its first two matches at home, losing 4-1 to Real Madrid and 1-0 to Mallorca. Mallorca hosts promoted Espanyol, which is yet to win or score a goal after scoreless draws at Osasuna in the opener and at home against Villarreal.

Inter Milan will be hoping new signing Hakan Çalhanoglu can star again as the Italian champion visits Hellas Verona. Çalhanoglu scored one goal and set up another as the Nerazzurri started their Serie A title defense with a 4-0 victory at home to Genoa last weekend.

Inter has also just signed forward Joaquín Correa from Serie A rival Lazio and he could feature at Verona. Udinese will be full of confidence after fighting back from two goals down to draw 2-2 against Juventus and it hosts newly-promoted Venezia, which lost 2-0 at Napoli in its first Serie A match since 2002.

Former champions Nantes and Lyon share 15 championships but neither has challenged for the title in recent years. Eight-time champion Nantes even needed a playoff to stay up last season.

But visiting Lyon has yet to win and leaked seven goals in three games. Lyon's new signing Xherdan Shaqiri is not yet match fit after recently joining for Liverpool and the winger is expected to play only after the international break.

But striker Moussa Dembele will be confident after scoring twice in last weekend's 3-3 home draw with Clermont.