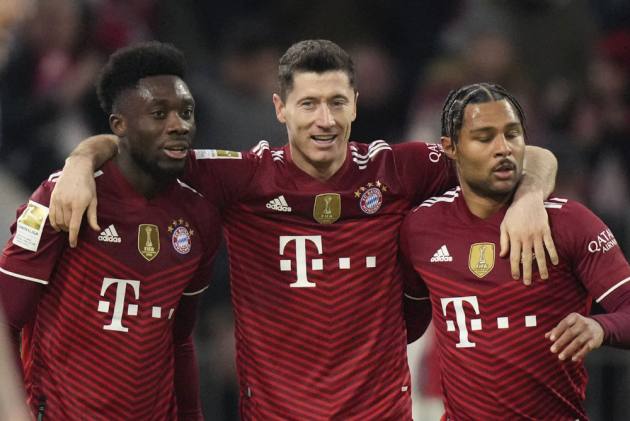 Football actions in European leagues resume Friday after the international break, which witnessed some fascinating FIFA 2022 World Cup qualifiers [READ: State Of Play] in mid-week. Now, the global superstars are back to their respective clubs. Here's a look at what's happening in European football on Friday night:

Bundesliga leader Bayern Munich head to local rival Augsburg looking to extend their four-point lead at the top of the table. Defender Niklas Sule remains in isolation after testing positive for the coronavirus shortly after joining up with the German national team last week and forward Kingsley Coman is out with a minor muscle problem.

Bayern have a Champions League game at Dynamo Kyiv on Tuesday to consider, but the pressure is off because the Bavarians already qualified for the knockout stages.

Augsburg are struggling in 16th in the 18-team Bundesliga and have won only one of their last seven games in all competitions.

How to watch German Bundesliga football matches in India?

The Bundesliga 2021-22 season will be telecast live on the Sony TEN 2 and Sony TEN 2 HD channels in India. Live streaming of Bundesliga will be available on SonyLiv and JioTV.

Monaco have made a sluggish start to the season and look to move away from the midtable with a home win against Lyon, who are also inconsistent so far but can move into the fourth spot with a win.

Lyon forward Karl Toko Ekambi will be in a confident mood after his goal sent Cameroon to the World Cup qualifying playoffs, but whether he will be rested enough to start is a different matter. Monaco midfielder Aurelien Tchouameni finds himself in a similar position, although he flew back from less far away after France played in Finland.

How to watch French Ligue 1 football matches in India?

The French Ligue 1 2021-22 season will be telecast live on the TV5Monde and Viacom/Colours channels in India. Live streaming of Bundesliga will be available on Voot Select and Jio TV.

Levante host Athletic Bilbao hoping to finally get their first win of the season in the 14th attempt. The Valencia-based side are the only Spanish La Liga league team yet to enjoy a victory.

They are in second-to-last place and five points from safety after having drawn six and lost seven games. Replacing longtime coach Paco Lopez with Javier Pereira has not turned things around. They have drawn two and lost three under the new coach. A win for Bilbao would lift them level on points with sixth-place Real Betis.

How to watch Spanish La Liga football matches in India?

The La Liga 2021-22 season will be telecast live on the TV5Monde and Viacom/Colours channels in India. Live streaming of Bundesliga will be available on Voot Select and Jio TV.