Premier League, Bundesliga, La Liga, Ligue 1 and Serie A actions continue. Here's a look at all the Saturday fixtures 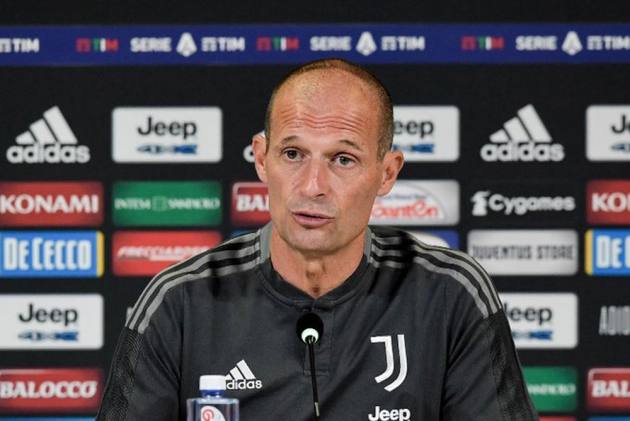 Manchester City returns to Premier League action with a home match against Arsenal, having failed to add a striker to its squad heading into the final days of the transfer window.

City's top target, Harry Kane, said Wednesday he would be staying at Tottenham for now, while City pulled out of the running Friday to sign Cristiano Ronaldo before his return to Manchester United was announced.

It means Ferran Torres, a winger who has been converted to a striker for the opening two games of the season, could start again up front. City lost to Tottenham 1-0 and then beat Norwich 5-0. Arsenal has lost both of its games 2-0, to Brentford and Chelsea.

In another high-profile matchup, Liverpool and Chelsea meet at Anfield and both are looking for a third straight win. Brighton and West Ham, two other teams with a maximum six points, have home games against Everton and Crystal Palace, respectively.

Juventus begins the post-Cristiano Ronaldo era as it looks to bounce back from a disappointing 2-2 draw at Udinese. Juve hosts Empoli in Bianconeri coach Massimiliano Allegri's first match back at the Allianz Stadium and will be without Ronaldo, who has agreed to join Manchester United. Atalanta and Lazio will be aiming to build on opening-day wins and they entertain Bologna and Spezia, respectively. Fiorentina hosts Torino.

Still waiting on news about the possible arrival of Kylian Mbappé, Real Madrid faces Real Betis in its third straight away match to start the Spanish league. It will be the last one before the team returns to the Santiago Bernabéu Stadium, which is undergoing renovation. The work will continue while Madrid hosts matches this season.

Madrid opened with a win against Alavés and then drew with Levante. Betis couldn't manage more than 1-1 draws at Mallorca and against Cádiz. Sevilla, one of the two teams with consecutive victories along with defending champion Atlético Madrid, visits winless Elche. Celta Vigo hosts Athletic Bilbao with both clubs looking for their first victory. Real Sociedad hosts Levante.

Hertha has lost both of its opening games and is the only team yet to claim a point in the Bundesliga. Bayern's reserves racked up 12 goals in a rescheduled German Cup game on Tuesday and is keen to build on its momentum after a slow start under new coach Julian Nagelsmann.

There will be no fans to cheer on Nice for its home game against Bordeaux following fan violence in the team's previous league game against Marseille. That heated encounter was abandoned with 15 minutes left after home fans threw projectiles, hitting Marseille midfielder Dimitri Payet on the back with a bottle, and then invaded the field to confront players.

Marseille is also in action as it hosts another bitter rival in Saint-Etienne, whose fans are not allowed to travel for the game at Stade Velodrome.