Also, Tottenham can become the only team to start the Premier League season with three wins if they beat Watford. Here's a look at Sunday fixtures in European leagues 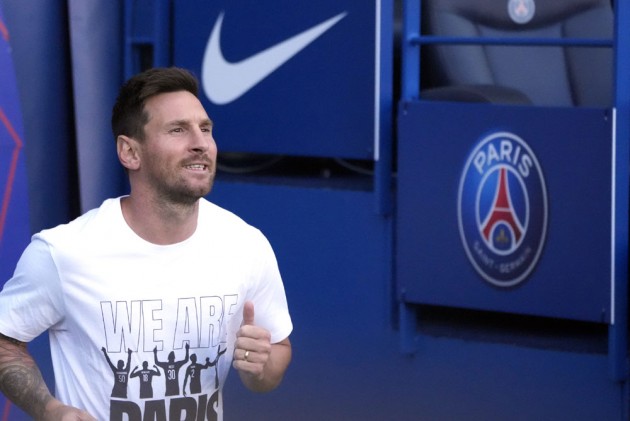 A look at what's happening in European soccer on Sunday: (More Football News)

Lionel Messi could make his eagerly awaited debut as Paris Saint-Germain visits the modest surroundings of Reims. The six-time Ballon d’Or winner joined PSG three weeks ago after his new contract with Barcelona fell through.

It also remains to be seen if Kylian Mbappe plays, with Real Madrid trying to sign him before the end of the transfer window. Elsewhere, defending champion Lille seeks a first win when it hosts Montpellier and struggling Monaco is at promoted Troyes. Monaco has one point from three games and was eliminated in the Champions League playoff this week.

Tottenham can become the only team to start the Premier League season with three wins if it beats Watford at the end of the week it prevented Harry Kane from joining Manchester City.

Manchester United, which is preparing for Cristiano Ronaldo to complete his re-signing, is at Wolverhampton. United will be without Scott McTominay for the trip to Molineux after the midfielder underwent groin surgery earlier this week.

Raphael Varane is closing in on a debut, while fellow new arrival Jadon Sancho will hope for a first start after two appearances as a substitute. Burnley, which is still seeking its first points, hosts a Leeds side with one point from its opening two games.

Atlético Madrid aims to make it three wins in as many rounds to start its title defense when it hosts Villarreal. Diego Simeone will hope to get more players involved in his attack after all three of Atlético’s goals so far were scored by forward Ángel Correa.

Unai Emery has even more work to improve an attack after Villarreal drew its first two matches 0-0. Barcelona hosts Getafe and is looking for a convincing win to help regain its footing in the post-Messi era.

Barcelona was held 1-1 at Athletic Bilbao in the last round. Granada plays at Rayo Vallecano with both looking for their first victory. Osasuna is at Cádiz.

AC Milan will be looking to build on its opening-day success as it aims to go one step further this season and end its lengthy wait for the title. The Rossoneri finished second in Serie A last season, behind city rival Inter Milan. It beat Sampdoria 1-0 on Monday and next hosts Cagliari but will still be without the injured Zlatan Ibrahimovic.

Roma won its first match under José Mourinho and should make it two wins out of two when it visits newly promoted Salernitana. Napoli and Sassuolo also won their season openers and they face Genoa and Sampdoria, respectively.

Wolfsburg hosts Leipzig in a duel between Champions League participants. Wolfsburg is perfect with two wins from two games. Union Berlin hosts Borussia Mönchengladbach in the Bundesliga after booking its place in UEFA's new Europa Conference League with a playoff win on Thursday.

Union edged Gladbach to seventh place to earn the playoff last season, but with a host of injuries missing out on the new competition may be a blessing in disguise for the visitors.