Nicky Butt, employed by Manchester United as recently as March, was scathing in his criticism of the European Super League plans 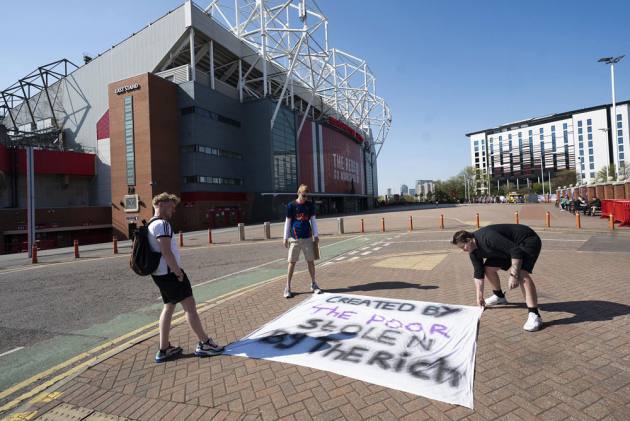 United were among 12 clubs who announced on Sunday plans to start a controversial new continental competition to rival the Champions League.

By Tuesday, however, United and each of the other five English sides invited had withdrawn from the tournament amid huge pressure both inside and outside the clubs.

Butt was the head of first-team development in United's academy as recently as last month but did not hold back in his criticism, dismissing any subsequent apologies as "irrelevant".

"I don't think an apology is too great anyway, if I'm honest," the ex-Newcastle United captain told Sky Sports. "I think what happened should never have happened.

"What happened is the worst case of bullying, in my opinion, from powerful people, so whether they apologise or not is irrelevant to me really."

Ed Woodward, United's executive vice-chairman, announced on Tuesday he will depart at the end of 2021, although Stats Perform News understands it was an amicable move unrelated to the Super League.

We will not be participating in the European Super League.#MUFC

Above Woodward, the Glazer family at United and fellow American owners at Liverpool and Arsenal were credited with playing key roles.

"It's a lesson to people who come into the country and come into powerful football clubs and think that they can do whatever they want because they are owners and they are very, very wealthy," Butt said.

"Over the last few hours in this country, it has proved not to be the case."

Butt was speaking for the first time since leaving his role at United and said: "It was just a personal choice to leave the club because I felt like it was my time to go and explore other opportunities.

"Obviously, with what has gone on over the last few days, it looks like there was a reason I left, but that wasn't the reason.

"My reason for leaving was purely to accept new challenges that will hopefully come soon.

"I love the club. Always have, always will."