Even Don Bradman’s Average Would Have Come Down If Put In Bio-Bubble: Ravi Shastri

Ravi Shastri was initially appointed the team India director in 2014 till the 2015 World Cup. He was appointed India head coach on July 13, 2017. 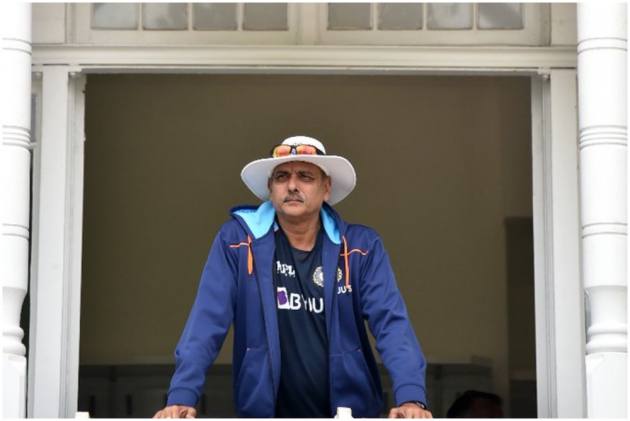 The rigours of living in a bio-secure environment for months will take a toll even ‘if your name is (Don) Bradman’, feels outgoing India head coach Ravi Shastri, who reckons that sooner or later the ‘bubble will burst’. (More Cricket News)

Shastri, whose tenure with the Indian team ended after the final World Cup game against Namibia on Monday, said the players needed a longer break between the IPL and World Cup.

“One thing I would say -- this is not an excuse, but this is a fact. When you’re six months in a bubble, this team, there are a lot of players on this team who play all three formats of the game” said Shastri in the media interaction after the Namibia game.

“In the last 24 months, they’ve been home for 25 days. I don’t care who you are, if your name is Bradman, if you’re in a bubble as well, your average will come down because you’re human,” he added.

Must Watch: A stirring speech to sign off as the #TeamIndia Head Coach ðÂÂÂ ðÂÂÂ

Here's a snippet from @RaviShastriOfc's team address in the dressing room, reflecting on the team's journey in the last few years. ðÂÂÂ ðÂÂÂ #T20WorldCup #INDvNAM

The Indian team came into the IPL 2021 in the UAE after a four-month-long and gruelling tour of England. Skipper Virat Kohli too has spoken about how the bubble life is not sustainable in the long run.

“This is not something where you just put petrol on the backside and expect the guy to move on in overdrive. It doesn’t happen that way. So I think it’s tough times.

“That’s why I say in life it’s not what you accomplish, it's what you overcome. That's what this team has done. They've shown the drive to hang in there, no complaints. But sooner or later, the bubble will burst. So you've got to be careful,” said Shastri.

Shastri became the director of the Indian cricket team in 2014 for a period of eight months from the tour of England till the 2015 World Cup. He was removed in 2016 but on July 13, 2017, he was appointed the head coach of the Indian team, reuniting with Kohli to forge a cracking partnership.

The highlight of his tenure was back-to-back Test series wins in Australia. Ravi Shastri, who completed his highly eventful tenure as India’s head coach, feels that Rohit Sharma is ‘ready and capable’ to take over the T20 captaincy from Virat Kohli.

Rohit, who will be taking over T20 captaincy from the New Zealand series, is also being tipped to lead India in the 2023 ODI World Cup and the formal announcement in that regard may happen sooner than later.

“I think in Rohit, you have got a very capable guy. He has won so many IPLs, he is the vice-captain of the team, he is ready (waiting) in the wings to take that job,” Shastri said. He, in fact, welcomed the idea of Rohit leading in shorter formats and Kohli captaining in Tests.

“I think multiple captains is not such a bad thing because of the bubble and so much cricket being played, the players need to be rotated around and given the space they need to spend some time with their families and see their parents.

“When a guy doesn’t go home for six months he might have his family with him but you have parents and other family and if you don't get a chance to see them, it's not easy at all, so I think it's not such a bad thing,” he opined.

Shastri is convinced that despite their indifferent performance in this edition of the T20 World Cup, India will continue to be a very strong team in the shortest format in near future.

“...because IPL throws a lot of young players into the mix and Rahul (Dravid) will have his own ideas on how to take this team forward. I see this still to be a very good team."