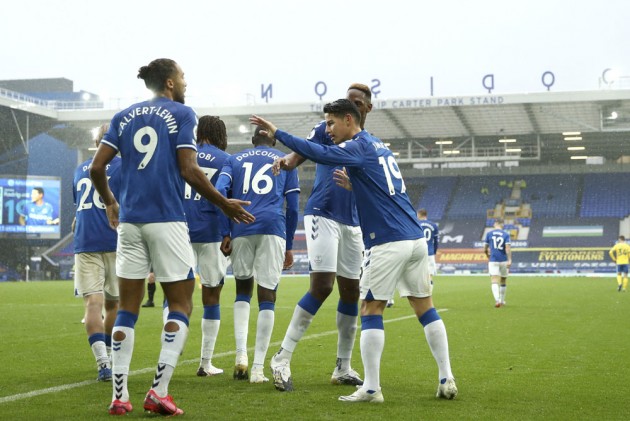 Everton are enjoying their best start to a season for more than 100 years and are on a winning run last seen the year they won the league title in 1987. (More Football News)

Carlo Ancelotti's side beat Brighton and Hove Albion 4-2 on Saturday through goals from Dominic Calvert-Lewin, Yerry Mina and a double from James Rodriguez.

The Toffees have won all seven of their competitive matches at the start of the 2020-21 season, a run they last managed way back in the 1894-95 campaign.

They have scored 24 goals in those matches, which is more than any other side across Europe's top five leagues.

It is Everton's first seven-game winning streak since the 1986-87 season, when they became champions of England for the ninth and last time.

They sit top of the Premier League, with four wins from four games, a tally only Leicester City and champions Liverpool can match if they secure three points in their next matches.

The last time Everton won four in a row to start a league season was in 1969-70, another campaign in which they won the title.

7 - For only a second time in the clubs history, Everton have won their opening seven games of a season in all competitions (previously in 1894-95), whilst they have won seven consecutive matches for the first time since April 1987. Transformed. #EVEBHA pic.twitter.com/njTlRIYleH

Calvert-Lewin is the first player to score in each of Everton's first four Premier League games in a season.