Everyone Had Eyes On Lionel Messi, But I Was Watching Andres Iniesta: Fabio Cannavaro

Lionel Messi has dominated world football, but Fabio Cannavaro's eyes used to be on one of his former Barcelona team-mates. 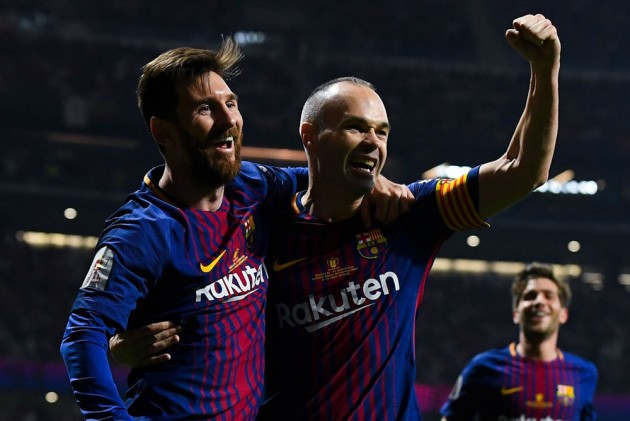 The former Spain international left Barcelona in 2018 after a trophy-laden stint with the LaLiga giants.

Cannavaro, who won two LaLiga titles as a Real Madrid player, said he always had eyes on Iniesta, widely regarded as one of the best midfielders of all-time.

"He played with such style, you couldn't help but love him when you saw him play," the Italian told AS.

"He was a perfect professional, very humble ... I loved him.

"Everybody might have been watching Messi but I was watching Iniesta."