New Zealand called off their first tour after 18 years last Friday due to a security threat, followed by a decision by England on Monday to cancel a bilateral series. 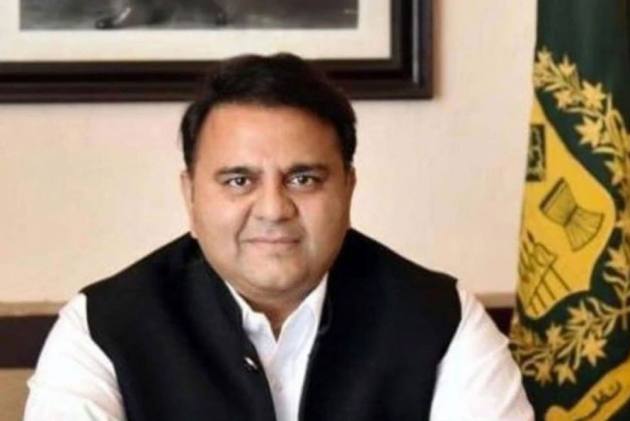 Still smarting from the cancellation of the cricket series by New Zealand and England, Pakistan’s Information Minister Fawad Chaudhry claimed on Tuesday that his country was paying a price for saying no to the US on allowing American military bases on its soil. (More Cricket News)

The Kiwis called off their first tour after 18 years last Friday due to a security threat to the team, followed by a decision by the England and Wales Cricket Board (ECB) on Monday to cancel a bilateral series scheduled for next month.

Briefing the media after a meeting of the Cabinet chaired by Prime Minister Imran Khan, Chaudhry said Pakistan is paying the price for its stance vis-a-vis the prevailing geo-strategic situation in the region as he called the situation arising of the cancellation of cricket series as "unfortunate".

"If you say 'absolutely not' then it has a price and you have to pay it," the information minister said.

He was referring to an interview by Prime Minister Khan in June when he was asked about the possibility of allowing the Americans to have bases in Pakistan to keep an eye on Afghanistan after withdrawing their troops.

Khan had said that Pakistan would “absolutely not” allow any American bases and use of its territory to the US for any sort of action inside Afghanistan.

Chaudhry said Pakistan was ready to pay the price of saying no to America: "If nations want to hold their head high then there is a price for that and nations pay that. I think Pakistan is ready to deal with any challenge.”

Chaudhry said he would hold a meeting with the officials of the interior ministry and brief the media in the next few days as there was very important information about "what is happening" in the region.

"You will see how all these issues are linked together with the topics of hybrid war and fake news we talk about. How fake emails and fake threats are created and then how great an outcome they have," he said.

Pakistan has suffered both financially and a loss of its image due to a sudden unilateral decision by the New Zealand cricketing authorities to call back their team when everything was ready ahead of the first one match in Rawalpindi.

Earlier, Chaudhry tweeted that Pakistan Television had incurred losses of "Rs 200 million to Rs 250m" due to calling off the series and officials were consulting lawyers regarding any legal action that can be pursued against the two boards.

He also termed the abandonment of the series as a "conspiracy" by an "international lobby" against Pakistan, but added that such conspiracies will not succeed.