Max Mosley, the former FIA president and founder of its foundation, has died after battling cancer 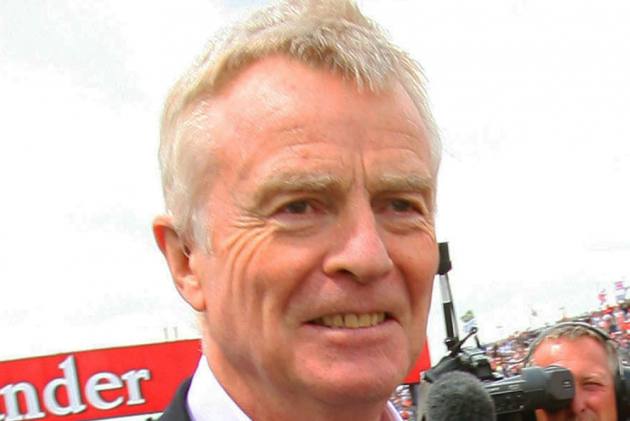 Ex-Formula One boss Max Mosley has died at the age of 81 after a battle with cancer. (More Sports News)

President of motorsport's ruling body the FIA from 1993 to 2009, Mosley was responsible for safety reforms in the wake of Ayrton Senna's death in 1994.

He also set up the FIA Foundation to support road safety and sustainable transport programmes in more than 100 countries.

Former F1 boss Bernie Ecclestone told the BBC that Mosley's death was "like losing a brother", adding: "He did, a lot of good things not just for motorsport, also the [car] industry. He was very good in making sure people built cars that were safe."

FIA president Jean Todt tweeted to say he was "deeply saddened", while the governing body described him as "a road safety pioneer, leader and donor".

Deeply saddened by the passing of Max Mosley.He was a major figure in @F1 & motor sport. As @FIA President for 16 years, he strongly contributed to reinforcing safety on track & on the roads. The entire FIA community pays tribute to him. Our thoughts & prayers are with his family pic.twitter.com/iFcHzBHaWX

Mosley also campaigned for stronger press regulation after he was awarded damages for an article published by The News of the World in 2008 detailing allegations around his private life.

Damon Hill, who won the F1 driver's championship in 1996, said on Twitter: "There will be much spoken in the next few months and years about this complicated and controversial man.

"But for now, may God rest his soul and condolences to his family."