Following the respective directives of the Telangana and Karnataka governments, the Pullela Gopichand Academy in Hyderbad and Prakash Padukone Academy in Bangalore have been shut down for two weeks 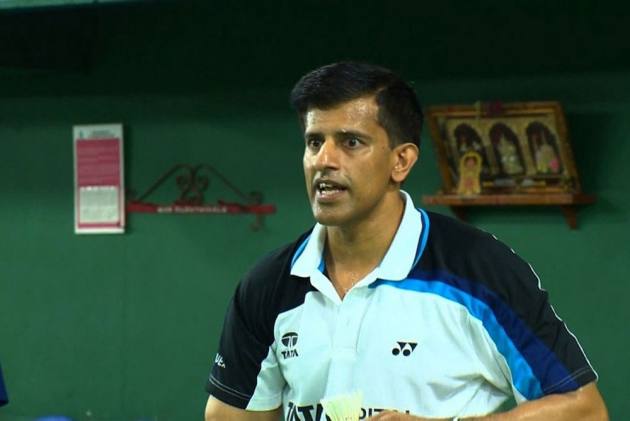 With the COVID-19 pandemic halting all sports activities, India's former chief badminton coach Vimal Kumar on Tuesday urged the government to allow the Olympic-bound athletes to continue their training after conducting the required tests.

Following the respective directives of the Telangana and Karnataka governments, the Pullela Gopichand Academy in Hyderbad and Prakash Padukone Academy in Bangalore have been shut down for two weeks.

Rio silver medallist P V Sindhu, men's singles player B Sai Praneeth and men's doubles pair of Chirag Shetty and Satwiksairaj Rankireddy have so far assured themselves of a berth at the Tokyo Olympics.

"I feel sad for the sports community. They follow a healthy lifestyle, they have good immunity, unlike the general public. So I believe the government should look at ways to test these athletes who have already qualified and allow them to train," Vimal told PTI.

"If it was some other year I wouldn't have said so but it is an Olympic year, it comes after every four years. So put them through constant testing and even if some test positive I believe they will recover in two weeks' time."

More than 7,000 people have been killed globally by the deadly virus, while the number of infected has swelled to more than 175,000.

In India, over 100 people have so far tested positive apart from three deaths.

The affliction has led to either cancellation or postponement of all sports events the world over in an Olympic year.

In India, the shooting World Cup and Indian Open Golf have been postponed so far, while badminton's India Open was also deferred after the Badminton World Federation (BWF) suspended all World Tour and sanctioned events.

"In badminton, look what China, Japan or Korea are doing. They are staying in different countries and training. Here we have hardly 100 odd people who have qualified for the Olympics. They have to be looked at a little bit differently," Vimal said.

Sindhu's father PV Ramana said at least the shuttlers who have qualified for the Olympics should be allowed to train at the Gopichand academy.

"Badminton is not a contact sports, so you can maintain that 5 feet distance. so I believe at least players who have qualified should be allowed to train. Otherwise, if you don't train for 15 days, it will take another two months to get back to match fitness," he said.

"There are 8 courts at the academy, so it is possible to allow Sindhu, Sai and Chirag-Satwik to continue their on-court training. There will be hardly a few players and they can take the necessary precautions, and still train," said Ramana, a former India volleyball player.

With the Gopichand academy locked down, Sindhu and Praneeth are trying to find ways to keep themselves fit.

"The two-week break will affect our fitness. The gym in my apartment has also been shut so I don't have any way to work on my fitness. I take long walks and jog inside the campus," Praneeth said.

"There is a lot of uncertainty right now. If things improve, how will the BWF go about organising the events, we don't know. But nothing is in our hand."

Ramana, who was part of the team that won a bronze at the 1986 Asian Games, said he is trying different ways to keep Sindhu fit.

"She is doing some light exercise at the terrace, like dips and leg works. Our house is in a hilly area, there is no movement of people or vehicles in that road, so she is doing some jogging, stretching and exercises for strengthening for legs in morning and evening," he said.