Five Directors see ‘threat of illegal and impermissible use of funds’ after authorised signatories increased. But men in ‘majority’ say regular payments delay forced the change 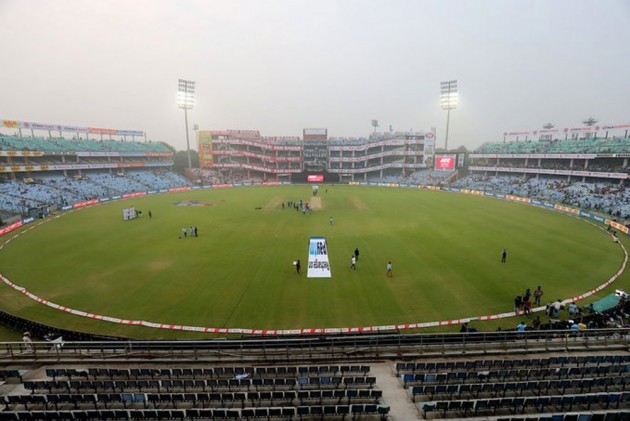 A new battle within the Delhi and District Cricket Association (DDCA) has broken out between the Apex Council to ‘control’ and ‘operate’ more than Rs.25 crores in bank accounts of the body. (More Cricket News)

The three government-nominated Directors – senior advocate Maninder Singh, Rajan Tiwari, and RP Singh – along with elected Directors Om Prakash Sharma, treasurer and a sitting BJP MLA in Delhi Assembly, and Sudhir Kumar Agarwal have alleged that there was an “unholy/impermissible rush for withdrawing amounts/making unauthorised payments of huge amounts running into crores”. The five Directors, who are reportedly in ‘minority’ in the 16-member council, have indicated in a letter to the Bank of Maharashtra to that there was a “threat” to the money parked with it.

“...it is apparent that persons who have no authority of any kind whatsoever are seeking to conduct the affairs of the DDCA, it has become imperative that the funds of the DDCA are suitably protected,” the five Directors have written in the signed letter to the manager of the Bank of Maharashtra.

The Apex Council had on December 9 passed a resolution, adding two more names as authorised signatories to the original three. The original ones are OP Sharma, joint-secretary Ranjan Manchanda, and secretary Vinod Kumar Tihara. The new additions are Sanjay Bhardwaj, Director (cricket) and Alok Mittal.

“Resolved that in suppression of all in suppression of earlier resolutions passed by the Apex Council in that regard, in respect of bank accounts of the Company the banks are hereby authorised to honour all cheques and instructions signed by any of the two of the following signatories: OP Sharma (treasurer), Vinod Kumar Tihara (secretary), Rajan Manchanda (joint secretary), Sanjay Bhardwaj (member Apex Council), and Alok Mittal (member Apex Council),” the resolution read.

“The Apex Council was forced to pass the resolution of changing the number of bank signatories from three to five as getting the cheques signed for the necessary and timely payments to be made for smooth travelling of cricket teams, ground rents for cricket matches, DA payments to players and support staff, buying of cricket accessories, salaries to DDCA staff etc. was becoming more and more difficult. Also, there are long pending/overdue payments that need to be done for the services availed before November 29, 2019,” Bhardwaj, who has represented Delhi in Ranji Trophy, told Outlook.

Bhardwaj also pointed out that the Ranji Trophy team coach/manager have, at times, paid from their own accounts for requirements of the team, as treasurer is often unavailable to sign cheques. On this issue, in his letter to the Ombudsman, OP Sharma admits to “some misunderstanding on the part of Manchanda” and goes on to state that, following recent unfortunate events in the DDCA, “I had made it clear that it would not be possible for me to sign any cheque which is not in relation to day-to-day expenses, salaries of the employees of the DDCA”.

Manchanda insists that all the cheques that OP Sharma is required to sign are game-related. “Whatever cheques are there are only cricket-related. There are no cheques related to infrastructure etc,” Manchanda told Outlook.

Based on the December 9 resolution, the Apex Council sent a letter to the Bank of Maharashtra branch at the Asaf Ali Road, New Delhi, with which the DDCA has an account(s). Since the bank manager had sought the signatures of all directors who were party to this resolution, a “certified true copy of the resolution...” was ready to be sent to the bank. The DDCA’s other account is with the Syndicate Bank.

This current battle to control the DDCA and its bank accounts is ironical, considering that Rajat Sharma came to power with a thumping 12-0 clean sweep, beating the two rival panels led by former India all-rounder Madan Lal and senior advocate Vikas Singh in July last year. It seemed at the time that the DDCA would run smoothly. But, surprisingly, fissures emerged within the 12 victorious elected members from the very day the results were declared. The bone of contention reportedly became a personality clash between Rajat Sharma and Tihara. The issues soon reached a head and the very same Apex Council suspended Tihara on disciplinary grounds last year, though he got a reprieve from the Delhi High Court in March. Also, Sanjay Bhardwaj sat on a hunger strike outside the Kotla Stadium in solidarity with the then suspended Tihara.

And, now, the battle to control the bank accounts has broken out. While resigning from the president’s post last month, Rajat Sharma had announced that the DDCA has Rs.25 crore in its coffers. Since June, the DDCA has received Rs.25.42 crore in four instalments from the BCCI. This money is the DDCA’s share that was due to it, and part of it was for the upkeep of the Ferozeshah Kotla Stadium.

The five Directors had skipped the December 9 meeting of the Apex Council. Interestingly, they wrote to the manager of the Bank of Maharashtra a day before the meeting, on December 8, saying that they were “seriously concerned with the carrying out of the affairs of the DDCA and also with regard to the threat of illegal and impermissible use of funds lying in the accounts of DDCA”.

While pointing out that the posts of the DDCA president and vice-president were “vacant”, and since the DDCA Ombudsman was seized with certain crucial issues, they have requested the manager of the Bank of Maharashtra to not allow withdrawal of any money “from the accounts of the DDCA”. “The undersigned, including the Directors nominated by the Central Government [Maninder Singh, Tiwari, and RP Singh], are seriously concerned with the carrying out of the affairs of the DDCA and also with regard to threat of illegal and impermissible use of funds lying in the accounts of DDCA,” wrote the five in the letter to the bank manager. Copy of this letter has been marked to Justice Ahmed and Delhi Commissioner of Police.

“As such, you are requested that till such time orders are passed by Hon’ble Mr Justice Badar Durrez Ahmed, discharging the duties of the office of the Ombudsman in terms of the orders and direction of the Hon’ble Supreme Court/Hon’ble Delhi High Court, no withdrawal of any amount from the accounts of the DDCA (details whereof are mentioned above or any other account of the DDCA in your bank) should be allowed to be withdrawn. Fixed deposit, if any, in the name of the DDCA with your bank should also be kept as it is in the custody of the bank and no money against any of the FDs should be allowed to be withdrawn in any manner whatsoever,” the letter, which also bears the current account number, states.

These Directors’ apprehension about possible misuse of the DDCA money emanates from the item No.9 of the December 9 meeting in which a “majority of the 16 members” were present. “To consider the appointment of bank signatories of the Company,” read Item No. 9. The DDCA is a licensed company under Section 8 of the Companies Act, 2013.

The five Directors, in both their letters, also claim that the post of the vice-president was also vacant, as Rakesh Bansal is allegedly an “accuse” in a criminal case, as per a letter from the DDCA Chief Financial Officer Prem Chandra Vaish sent to all the Directors. On the other hand, the post president fell vacant after Rajat Sharma’s resignation.

Justice Badar part heard a clutch of issues on December 12 and has fixed December 16 as the next date of hearing. One of the issues is of “disqualification” of Rakesh Bansal.