EXPLAINER: If Marijuana Isn't Thought To Enhance Performance, Why Is It Banned?

Olympics are harder on marijuana (ganja) than pro sports. Here are a few questions about marijuana policy in sports 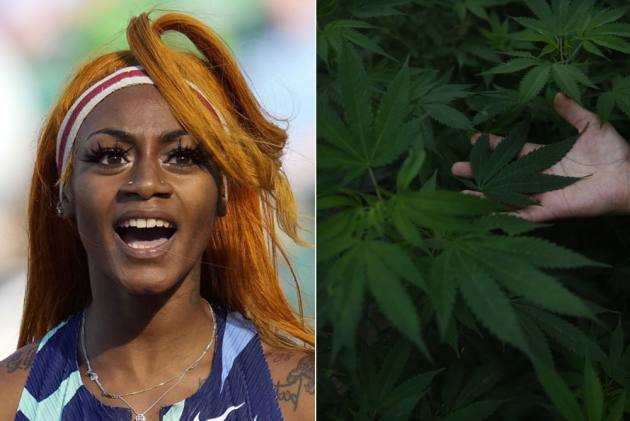 Though pro leagues are slowly adjusting to the reality that marijuana is not a performance-enhancing drug, it remains squarely on the banned list for Olympic sports. (More Sports News)

That reality will force American sprinter Sha'Carri Richardson to miss the Olympics this month.

Shortly after she won the Olympic trials in Oregon last month, she tested positive for chemicals found in marijuana. Though it was acknowledged the drug was not used for performance-enhancing purposes, Richardson still had her results erased and received a one-month ban.

Q: If marijuana isn't thought to enhance performance, then why is it still banned?

A: According to the U.S. Anti-Doping Agency, “For something to be added to the ... Prohibited List, it must meet two of the three inclusion criteria:

a) it poses a health risk to athletes

b) it has the potential to enhance performance and

c) it violates the spirit of sport.”

Though WADA has increased the threshold for a positive test, it has not taken marijuana off the list because it still asserts that the drug meets at least two of the above criteria. Also according to USADA: The 2021 World Anti-Doping Code newly classifies THC as a “Substance of Abuse” because it is frequently used in society outside the context of sport.

Q: What changed recently in the American pro sports leagues?

A: All the leagues have greatly loosened their restrictions on marijuana over the past years. For instance, the NFL has raised the threshold for a positive test and eliminated suspensions. And the NBA stopped random testing for marijuana in March 2020. These changes have come as laws prohibiting marijuana use around the U.S. and the world have been relaxed, and as studies that link marijuana to medicinal and pain-relief benefits have become more common.

Q: What changes have occurred in the Olympic testing program?

A: Not long after the London Olympics in 2012, international regulators increased the threshold for a positive test from 15 nanograms per milliliter to 150 ng/m. They explained the new threshold was an attempt to ensure that in-competition use is detected, but not use during the days and weeks before competition. The sanction for a positive test when an athlete can establish the drug was not used to enhance performance is three months. That can be reduced to one month if the athlete completes counseling.

A: Because her first-place finish at trials, which is what earned her the spot, is scratched out of the record books because of the positive test.

Q: Could she still compete in the Olympics?

A: Because her ban is over before the start of the women's 4x100 relay, there's a chance she could be named to the team. But the relay pool is presumably filled by athletes who have a result from the trials. Richardson does not officially have a result, so it would potentially take some legal wrangling or cooperation from other athletes to allow her on the team.

Q: Could Richardson appeal the ruling?

A: Although athletes have the right to appeal any positive tests, two people familiar with this case told The Associated Press that Richardson is not appealing her case. The people did not want their names used because of the confidentiality of doping cases.