F1 2021: Lewis Hamilton Versus Max Verstappen Round Two In Imola

Max Verstappen missed out on a season-opening victory in Bahrain and must now respond as Lewis Hamilton pursues a career first at Imola. 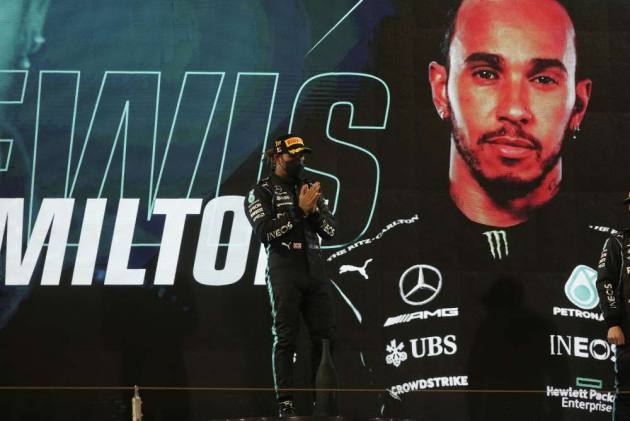 The pressure is on Red Bull to respond to a disappointing first race as the 2021 Formula One season continues at Imola. (More Sports News)

The Austrian outfit, led by Max Verstappen, were expected to lay down a marker for defending champions Lewis Hamilton and Mercedes in week one.

But Hamilton claimed a stunning triumph in Bahrain, described by the victor as "one of the hardest races I've had for a while".

The against-the-odds success might suggest a tricky year ahead for Red Bull, who had set the pace in pre-season testing.

They will be aiming to prove that was merely an early blip when Verstappen takes on Hamilton again at the Emilia Romagna Grand Prix this week.

Whilst we celebrate this victory, it’s important to remind ourselves that action speaks louder than words. The road ahead to create pathways for kids like myself is a long and strenuous one, but it’s a journey i’m proud to be on. pic.twitter.com/MS2VfJHaFf

A response would set the season up nicely, but Hamilton will be similarly determined to continue his pursuit of a record-breaking eighth title.

Bahrain looked to be set for a season-opening Verstappen victory. The Dutchman was fastest in pre-season, then in practice and again in qualifying.

After starting from pole, his pace was obvious again in a titanic tussle with Hamilton.

But what the Briton lacked in speed - still adjusting to his W12 car, which team-mate Valtteri Bottas claimed was "undriveable" - he more than made up for in experience.

And the strategy of Mercedes had Hamilton in front, although it still took a Verstappen error to giftwrap a Silver Arrows success.

Verstappen overtook Hamilton with four laps remaining but went beyond track limits and crucially had to give first place back to his rival.

Bottas completed the podium in third, also collecting a point for the fastest lap, while Charles Leclerc was the best-placed Ferrari finisher down in sixth.

Aston Martin new man Sebastian Vettel was a frustrating 15th, one place ahead of debutant Mick Schumacher, while the returning Fernando Alonso failed to finish.

WHAT TO LOOK OUT FOR AT IMOLA

Until the Mercedes drivers can properly get to grips with their cars - not relying on errors and chaos for wins - the Hamilton versus Verstappen theme is likely to continue.

The Silver Arrows have at least had time to work on their flaws, three weeks on from Sakhir, while Red Bull have been left to stew on their mishap.

Particular attention will be paid to practice and qualifying and any change in the significant pace gap between the teams last time out.

As long as Red Bull retain the faster car, Verstappen should be in a title race - even if he cannot afford further mistakes.

A two-way fight for the championship is an improvement on recent years in which Hamilton has been comfortably clear of the grid, and there is also intrigue elsewhere.

Ferrari's continued struggles combined with improvement in the McLaren ranks mean there is competition between the two again.

Both outfits will be bidding for third place in the standings this year, with McLaren boasting the edge heading in to race two, while a busy off-season means the pecking order further back is far from concrete.

Back on pole? - After Verstappen qualified fastest in Bahrain, Mercedes are facing up to the possibility of failing to secure a pole position over the first two races of a season for the first time in the Hybrid Era (since 2014).

Setting the standard - This is one of only four tracks at which Hamilton has never achieved pole, but victory would make this the first time he has ever started a season with back-to-back wins. Only twice before this year had the F1 great triumphed in the season opener, going on to claim the title in both 2008 and 2015.

Man in form - Verstappen is certainly the driver to beat in qualifying after consecutive pole positions at the end of last season and start of this. He only had two poles in his prior 118 races in F1.

Streaking McLaren - Daniel Ricciardo has earned points in his past 12 races, while McLaren team-mate Lando Norris - fourth last time out - could set a new career best with a seventh straight points finish.

In his father's footsteps - Mick Schumacher will this year become used to turning out at events where his father has previously dominated. Michael Schumacher has seven Imola wins, more than any other driver, while Ferrari and Williams are tied on eight team triumphs.