F1 Confirms Schedule For First Eight Races, Two Each For Austria And UK 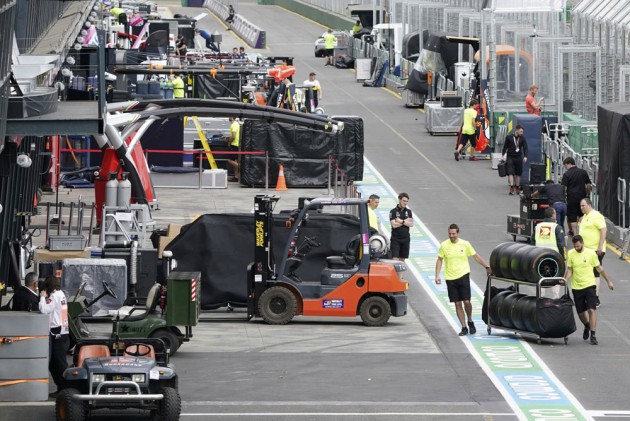 The opening eight races of the truncated 2020 Formula One season have been confirmed, with Spielberg and Silverstone hosting two each.

All of the events are provisionally slated to be held behind closed doors and "under the strongest safety procedures", according to a statement published on F1's official Twitter account.

It also said further races will be announced in the coming weeks as the sport emerges from a coronavirus-enforced shutdown.

The campaign will begin with the Austrian Grand Prix on July 5, with the teams remaining at the site for another event the following weekend.

BREAKING: The opening 8 races of a revised 2020 calendar are now confirmed

All 8 are currently set to be closed events, operating under the strongest safety procedures

Further races will be announced in the coming weeks pic.twitter.com/vQioKOAkQo

After a race in Hungary on July 19, there will be a week off before a double-header on successive weekends at the home of the British Grand Prix.

The Spanish Grand Prix will take place on August 16, before events at Spa and Monza on August 30 and September 6 respectively.

F1's 2020 season had been scheduled to begin with the Australian Grand Prix in March but the event was cancelled when a member of the McLaren garage tested positive for coronavirus.

The COVID-19 pandemic led to a further nine races being postponed, with events in the Netherlands, Monaco and France all being written off.

It is still hoped rescheduled events can go ahead in Australia, Bahrain, Vietnam, China, Azerbaijan and Canada

F1 CEO Chase Carey said: "In the past weeks we have been working tirelessly with all our partners, the FIA and the teams to create a revised opening 2020 calendar allowing us to restart racing in the safest possible way.

"We are pleased to be able to set out our opening eight race calendar today and look forward to publishing our full calendar in the coming weeks.

"I want to thank every promoter and partner for their support and ongoing commitment to Formula One.

"While we currently expect the season to commence without fans at our races we hope that over the coming months the situation will allow us to welcome them back once it is safe to do, but we know the return of Formula One will be a welcome boost to sports fans around the world."

F1's motorsports boss Ross Brawn said in April he was hopeful of a season consisting of 18 or 19 grands prix if it was possible to start racing in July.

It has been reported the back-to-back events in Austria and Great Britain could see experimentation with the qualifying format.

The method would see drivers line-up in reverse championship order – the leader in the drivers' standings starting from last – and contest a short sprint race, with those final standings determining the grid for the main event.

However, no official announcement on a change of the qualifying format has been made by F1.