The Mercedes drivers think a two-pronged attack could be key to stopping the in-form Max Verstappen from converting pole to victory in Hungary. 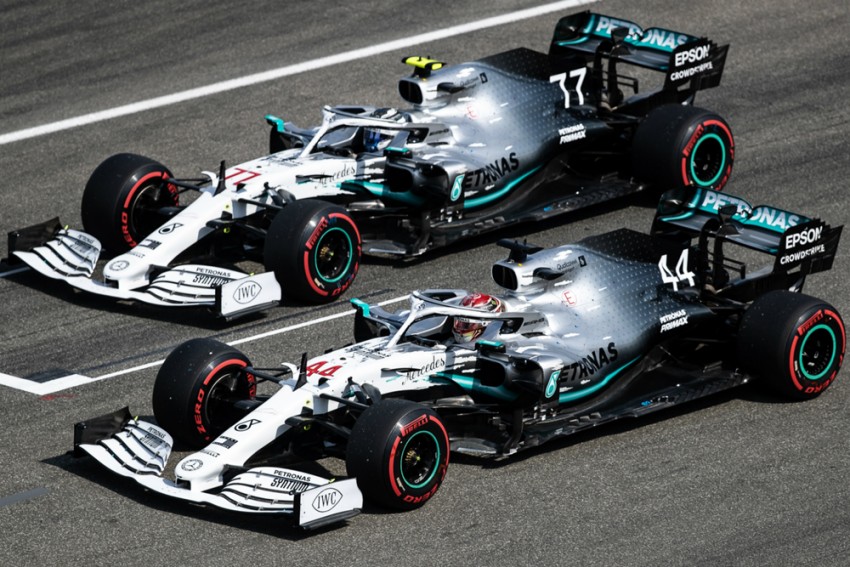 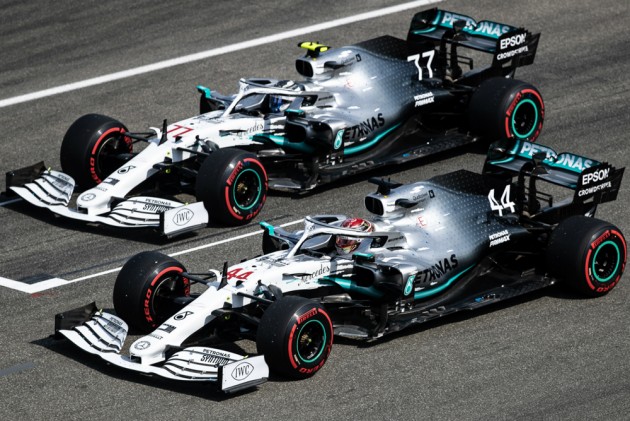 How do you stop Max Verstappen?

That is the question Valtteri Bottas and Lewis Hamilton are pondering going into Sunday's Hungarian Grand Prix after the Red Bull star – winner in two of the last three Formula One races – stormed to a first career pole position.

The answer, the Mercedes drivers feel, involves strength in numbers.

Bottas is second on the grid after coming just 0.018seconds behind Verstappen in a dramatic qualifying session, with championship leader Hamilton in third.

The pole-sitter saw Pierre Gasly in the second Red Bull only qualify sixth and Mercedes believe their numerical advantage could be key.

Overtaking is difficult at the Hungaroring but, after qualifying on the second row, Hamilton – a record six-time winner at the circuit including his 2018 triumph - is eyeing the long run down to turn one, while pointing out strategy could also prove key.

"We're in a good position in terms of working as a team," said Hamilton, who leads Bottas by 41 points as Mercedes look to bounce back from a dreadful outing during the wet race in Germany last week.

"We're in a fortunate position, potentially, if we can hold on to Max to be able to work together to pull him closer to us and give him a bit of a run for his money.

"It's a little bit harder when you're on your own at the front in the team, because you can come under attack from undercuts and all this sort of thing.

"We'll see how that plays out but we've got a long run down to turn one so hopefully we will have a nice long battle down there and then after that it's down to team tactics.

"Saturday was not a terrible day and not a great day. Third is still a position from which you can fight. It's just unfortunate we lost some performance in qualifying."

And Bottas was in agreement with his team-mate after producing a strong Saturday display to recover from an engine issue on Friday.

"For sure we always discuss [team tactics], especially if we're kind of starting next to each other," said the Finn.

"Like Lewis said, we have a good chance as a team because we have two cars very much at the front.

"Obviously we are both also racing for our own result but also working as a team will benefit both of us, so it should be interesting."

"I’m pleased with the lap in the end. It was very close with Max but he just managed to sneak ahead. They’ve been quick all weekend but tomorrow is what counts." - @ValtteriBottas #HungarianGP pic.twitter.com/zrlnh0abxS

Indeed, as delighted as Verstappen was to claim a first pole in 93 attempts, he will know only three of 11 races in 2019 have seen first place on the grid converted to a victory.

Another stat that does not bode well is just four of the last 11 races in Hungary have been won by the pole-sitter.

But Verstappen is on a streak of 20 consecutive points finishes and has made the top five in every race this year, as well as capitalising perfectly on the recent boosts in performance provided by Red Bull and Honda.

"Of course I'm very happy to get my first pole position," said the Dutchman, who is eyeing an eighth career victory.

"But I'm also happy as a team for how quickly we turned things around from the beginning of the year where we were clearly lacking.

"The car has been flying, it has been great. The car was hooked up straight away in qualifying. To come out on top is incredible and my first pole will always be a special one.

"I haven't done a long run this weekend but lately our car has been even better in the race, so I don't feel too worried. We just need to try and get a clean start and get the job done."

Very happy with my first P O L E! Big thanks to @redbullracing and @HondaRacingF1, for a perfect job and stunning car! #KeepPushing #HungarianGPpic.twitter.com/5shc2fs8nt

IS VERSTAPPEN A TITLE THREAT?

The last three races – headlined by Verstappen's emergence - have been dramatic and much-needed for F1 after controversy in Canada was followed by a dull affair in France.

And Mercedes boss Toto Wolff is convinced Verstappen now poses a title threat by sitting 63 points behind Hamilton with a chance to gain further ground.

Wolff said: "There are 10 more races to go, so 260 points to score. What’s our advantage? Sixty-odd.

"You can see from the sheer maths that Max is somebody we need to take seriously and consider as a title rival in the same way we need to consider the two Ferrari drivers as title rivals. We cannot afford to take the foot off the throttle."

FERRARI JUST OFF THE PACE

Ferrari were short of the top three's pace, with Leclerc and Vettel qualifying just under half-a-second slower than Verstappen.

Leclerc accepted he had made a bad mistake in Q1 when he spun and damaged his rear wing and diffuser. He was fortunate to continue after the team partially repaired the damage, and then edged out Vettel by just 0.028secs.

Ferrari likely need some circumstances to play in their favour if they are to challenge at the front.

After Friday's practice was disrupted by rain, they hope the lack of long run data across the grid will level the playing field and allow factors like tyre wear to come into play, while Mercedes have struggled with cooling issues at previous hot races.

"It will be a very difficult race in terms of tyre management and given the characteristics of our car, it would suit us to see high temperatures because we would then be able to put our competitors under pressure," said Vettel.

"If that's not the case, then it will be a one-stop race and it's less likely that we can be in with a chance. Overtaking is difficult here, but not impossible, so let's see how things go."

Not the best day in the office today. Quite a lot of work to do, full push for tomorrow
: @KymIllman pic.twitter.com/8IOMy1GQx2

Warm and dry conditions are expected on race day, in contrast to the wet weather seen in practice on Friday and at the last grand prix in Germany. Temperatures could reach 25 degrees Celsius.