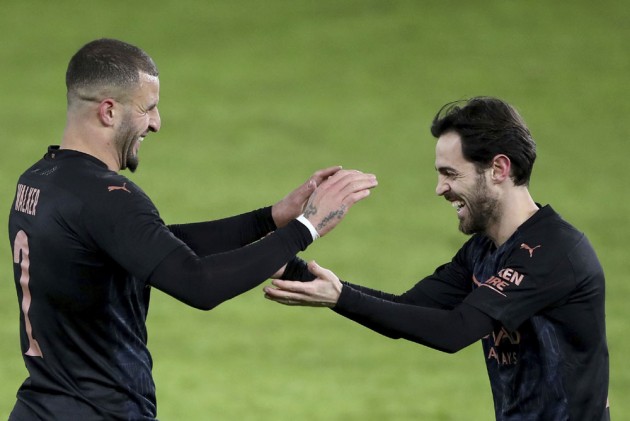 Manchester City and Manchester United have been handed away draws against fellow Premier League sides in the FA Cup quarter-finals. (More Football News)

City, who won their sixth FA Cup in 2018-19 but were knocked out in the semi-finals by eventual victors Arsenal last season, will play Everton at Goodison Park.

While City claimed a serene 3-1 win over Swansea City in the fifth round on Wednesday, Carlo Ancelotti's team overcame Tottenham 5-4 after extra-time in an instant FA Cup classic.

The teams will have a dress rehearsal for the last-eight clash on February 17, when they face off at Goodison in a Premier League match which was due to be played in December but had to be rescheduled due to a coronavirus outbreak at City.

Like their local rivals, United also fell short of reaching last season's final, going down to Chelsea in the last four.

United beat West Ham 1-0 after extra time on Tuesday and now face a trip to face Leicester City at the King Power Stadium. Brendan Rodgers' Leicester side are flying high in the Premier League along with United and leaders City, who are five points clear of their neighbours at the top.

Last season's runners-up Chelsea beat Barnsley 1-0 to set up a home tie against Sheffield United, who beat Bristol City at the last-16 stage.

The other quarter-final tie throws up a south-coast clash, with Southampton travelling to Bournemouth.

Games are due to be played across the weekend of March 20 and 21.