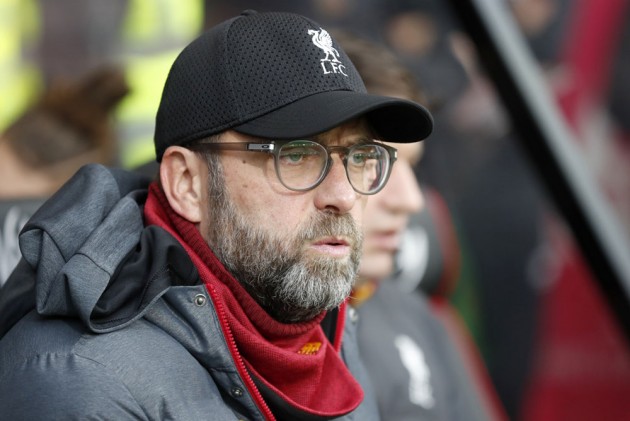 Jurgen Klopp urged English football to get its priorities right as he questioned the "incredible" possibility of Liverpool having to play an FA Cup third-round replay. (More Cricket News)

The Club World Cup champions have emerged from a packed December, in which they had little choice but to feel a young reserve team against Aston Villa in the EFL Cup quarter-finals, with a healthy lead at the top of the Premier League firmly intact.

And although the prospect of Sunday's FA Cup derby with Everton is one that excites Klopp, he is desperate for the tie to be settled at the first attempt.

The prospect of a second game to resolve who reaches round four has left Klopp confounded.

"There is the threat of a potential replay which is incredible, which is absolutely incredible. Whatever the FA has to say about that, that's incredible," Klopp said at a pre-match news conference.

"People told me already a couple of times that I wouldn't respect cup competitions and stuff like that. That's not true. My first job is to respect the players, my absolutely number one job."

He added: "I don't think the Premier League or the FA or the Football League is in any doubt about my opinion. I just do it because I think somebody has to speak for the players. That's my only concern. It's not one second about me.

"I enjoy each game but there are still things to improve. People always say, if you change something in a competition you kill tradition or whatever."

Klopp wants all parties to sit down and consider the impact of a heavy fixture load on modern footballers.

He pointed to Newcastle United losing four players to injury against Leicester City on New Year's Day as proof footballers have a limit to which they can be pushed.

"Sport science and sport medicine is in a good place," Klopp said. "But they cannot do miracles and we cannot have 30-40 player squads, it's not possible."

Considering what might be done next, the German explained: "The solution is to bring all these people together – and the TV [broadcasters]. People always say we only get the money we get because of the number of games. I don't see that – I think that like always in life, it's about quality rather than quantity.

"I really think all these, plus TV, come together, speak and try to think one time in all these negotiations about the players.

"The problem is the real football people, like managers, are not involved in these talks.

"If they need me in the discussions, I’ll go there, if I find time between the games."

Asked who should bring such talks together, an animated Klopp said: "We're talking about English football players as well, so I say the FA."