Defenders face an uphill struggle to win individual awards even before a ball has been kicked, according to Fabio Cannavaro 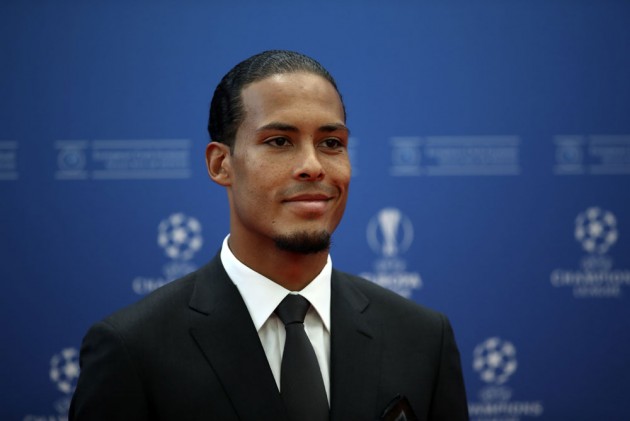 Barcelona forward Lionel Messi came out on top by just seven points in the voting to claim football's most prestigious individual honour for a sixth time.

A defender has not won the award since Cannavaro did so in 2006 in the wake of Italy's victory at the World Cup.

Cannavaro felt Van Dijk was extremely unfortunate not to triumph after the huge impact he had on Liverpool's backline on their way to Champions League glory in 2019.

He believes defenders start at a disadvantage when compared to attacking stars like Messi and Cristiano Ronaldo.

"I messaged Van Dijk to congratulate him on last season but, as a defender, it is difficult to win," Cannavaro said to Sky Sports.

"You don't just need to have a great performance and to win trophies.

"You need to be lucky not to have a striker like Ronaldo and Messi in front of you. This is the key. If you have Messi or Ronaldo you start the game 1-0 up."

"Liverpool had an amazing season and they deserve to win and celebrate this league," added Cannavaro, referring to the Reds' position at the Premier League summit.

"But we are in this [coronavirus] situation and it's a shame for them.

"I respect Salah a lot. He's changed a lot at Liverpool. For the last three years, he's been like a machine.

"He's the player every coach would like to train because he can defend and attack and he leaves everything on the field, he never gives up."

A massive moment, as our number gave us the lead in Munich... pic.twitter.com/aYJl2pdH3o

Cannavaro, who is in charge of Guangzhou Evergrande, hopes to manage in the Premier League one day.

Liverpool boss Jurgen Klopp and Manchester City manager Pep Guardiola are among those he is impressed by.

"I watch every game in the Premier League and I like the ambiance and culture of football in England," he said.

"I am in China to try to improve my system and idea within football. I am at one of the best Asian clubs and of course, in the future, I'd like to try one experience in Europe.

"I like the Klopp mentality but at the same time, I like the Pep culture about football because always we need intensity with and without the ball.

"But you need to control the game and try to win. I have my system and I hope one day you will see."