Dream11 is endorsed by MS Dhoni while Sourav Ganguly promotes My11Circle. The star war is hotting up ahead of IPL 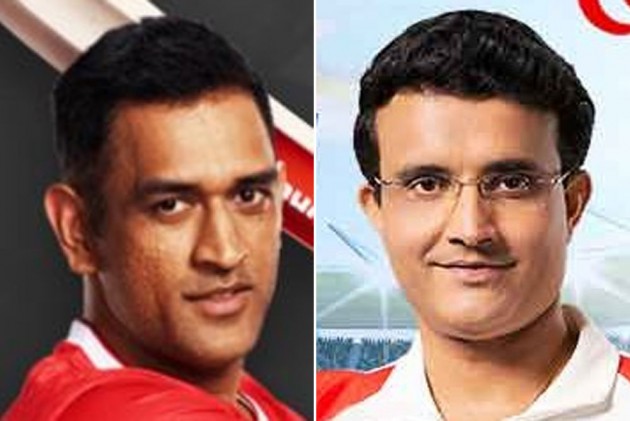 An intriguing battle has started between fantasy cricket platforms Dream11 and My11Circle. You can also look at it as a turf war between two former Indian cricket captains -- MS Dhoni and Sourav Ganguly. (More Cricket News)

On a day the Board of Control for Cricket in India (BCCI) confirmed Dream11 as the title sponsor of IPL 2020, Sourav Ganguly has returned to promote My11Circle. The rival fantasy sports platforms are now banking on their returns from the Caribbean Premier League T20 underway in the West Indies to boost their reach ahead of the all-important IPL in September-November in UAE.

"If everyone is complying to the set guidelines, entering into any association is a choice of the individual and company concerned. Dream11 has no objection to the partnership between Sourav Ganguly and My11Circle," said a Dream11 spokesperson to Outlook.

Ganguly is continuing as BCCI president although his tenure, according to the constitution, was over on July 27. He had endorsed the England versus West Indies Test series for My11Circle when cricket made a return after the coronavirus pandemic stopped live sports for almost four months.

Dream11, launched in 2012, is endorsed by MS Dhoni. It is involved with 19 sports leagues across the world. The Indian company that has investments from Tencent, a Chinese company, is also a partner of the International Cricket Association. Dream11 replaced Vivo as IPL 2020 title sponsors by pledging Rs 222 crores to BCCI.

My11Circle arrived in the world of fantasy cricket in 2019. It is run by a company called Games 24x7 that operates a successful online rummy business.

Ganguly's association with My11Circle has raised questions on the BCCI president's conflict of interest. The former captain, who was not seen promoting the England vs Ireland series and the first two Tests of the current England vs Pakistan series on leading cricket websites, says there is no conflict.

"Dream11 is a BCCI sponsor, My11circle is not. I am not employed by BCCI, how can there be any conflict?" Ganguly told Outlook.

"People are making stories. What is conflict? Only if I am earning out of BCCI. This association with My11Circle has nothing to do with BCCI... People just enjoy using the word conflict without any rhyme or reason," said Ganguly.

A lawyer familiar with the matter, told Outlook on condition of anonymity that the "promise" is "misleading" because "Ganguly is not online 24x7 and continuously playing with a contestant for an entire duration of a match."

"The subscriber is actually playing against the house (or the company). It's like going to a casino. The chance factor is quite high in such a format," the lawyer said. Games of chance that has cash transactions are illegal in India.

Fantasy cricket continues to remain in a grey zone. Allegations of tax evasion by Dream11 are pending in Supreme Court and ethical questions around star cricketers, who endorse such brands, abound. Insiders says people like Sachin Tendulkar will never endorse fantasy cricket.

That the BCCI has opted for Dream11 as IPL title sponsor ahead of pure Indian brands clearly reflects the fact that money and power talks in Indian sport too.