Junaid Khan said despite being the second-highest wicket-taker after Hasan Ali in the Champions Trophy in 2017, he was excluded from the Pakistan squad 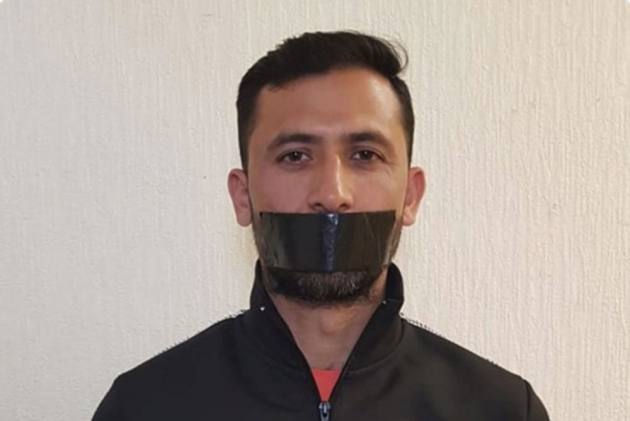 Discarded left-arm pacer Junaid Khan believes players remain insecure about their future in Pakistan cricket, alleging that most cricketers get a proper run in the national team if they are close to the captain and team management. (More Cricket News)

"It is like if you are on good terms with the captain and team management then you will probably get a proper run in all formats to prove your worth," he said in an interview to the CricketPakistan.com website.

"If you don't have close relations with them then you are in and out."

He lamented that he wasn't given a long run despite being a consistent performer.

"I used to be part of the national team in all three formats. I used to ask for rest but I wasn't given rest.

"Then came a time when I got in the bad books and was being ignored due to likes and dislikes. I was performing but was not being given a proper chance," he said.

Junaid said despite being the second-highest wicket-taker after Hasan Ali in the Champions Trophy in 2017, he was excluded from the squad, including for the World Cup 2019, after being initially named in it.

"I just got into the bad books of selectors that is all."

Junaid, however, made it clear he had not given up hope of playing for Pakistan again and was very much active on the domestic front for his province.

"I am regularly playing domestic cricket and I believe if selection is done justly I should be in consideration."

Junaid said selection in Pakistan cricket depend on which city the player belongs to.

"If you belong to a big city, then people raise their voice for you. People like me and Yasir Shah are from Swabi. There is no TV channel or media person from Swabi, so there is no pressure on selectors regarding our selection from the media," he said.

Junaid said he had "got a great offer from the United States of America (USA)" but he refused.

"I am being offered more money than what I earned while playing for Pakistan during my peak. However, I refused the offer as I still want to represent Pakistan," he said.

He also felt that young pacer, Shaheen Shah needs to be given proper breaks or he would break down.

"Shaheen definitely needs rest. The management needs to make sure he doesn't bowl a lot during the net sessions. Shaheen probably doesn't want to rest himself because he might have fear of losing his place to a youngster, who might perform in his place.

"He must be thinking they might drop him from one format if he doesn’t perform in a few matches," he added.

The fast bowler said in Pakistan cricket experienced players are dropped if they don't perform in a couple of games.

"In our culture, even if a player performs for six years and then doesn't do well in two games, he is replaced by a new player who has done well in only a few games.

"Everyone forgets that player’s performances for the last six years and instead prefers younger talent. So our players are insecure about losing their place," he added.

He also called on the Pakistani selectors and management to learn from the way other countries were managing the workload of their fast bowlers.

"We should learn about managing workload from England. During their recent Test series against India, they rotated James Anderson and Stuart Broad.

"Broad and Anderson would rest even after taking five or six wickets in the previous match. That is because they are secure of their place in the team. They know they will play in the future matches," he said.