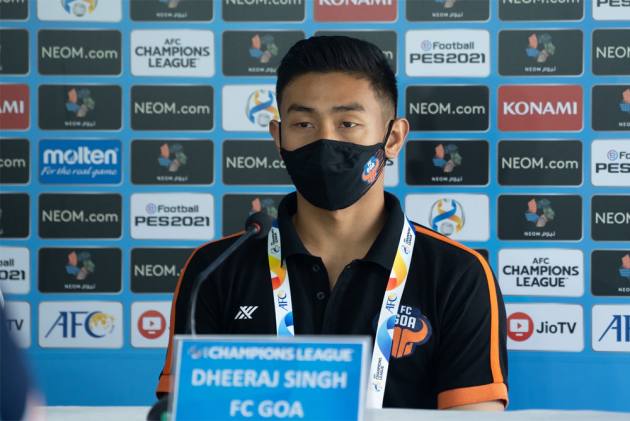 FC Goa's young goalkeeper Moirangthem Dheeraj Singh emerged as the best goalkeeper of the group league round of the AFC Champions League even though his side failed to advance to the knockout stage in its maiden appearance. (More Football News)

Dheeraj, who had excelled during the 2017 FIFA Under-17 World Cup at home, made a whopping 26 saves in five matches to top the goalkeeping chart of the West Zone group league stage.

"Dheeraj Singh certainly made a name for himself on his continental debut, pulling off a tournament-leading 26 saves in just five games, among them a number of memorable efforts that earned high praise from impressed observers," the AFC said on its website.

The other teams in Group E were Persepolis FC of Iran, Al Rayyan of Qatar and Al Wahda of the UAE.

The East Zone group matches will be held later.

Dheeraj had also won praise from opposition coaches for his stupendous work under the bar, which had contributed to FC Goa's drawn games against Al Rayyan (twice) and Al Wahda (once).

FC Goa had finished third in Group E behind Persepolis FC and Al Wahda, with three points from three draws and three losses.

The Indian Super League side was on the verge of becoming the country's first club to win an ACL game but conceded an 89th minute goal against Al Rayyan to play out a 1-1 draw.