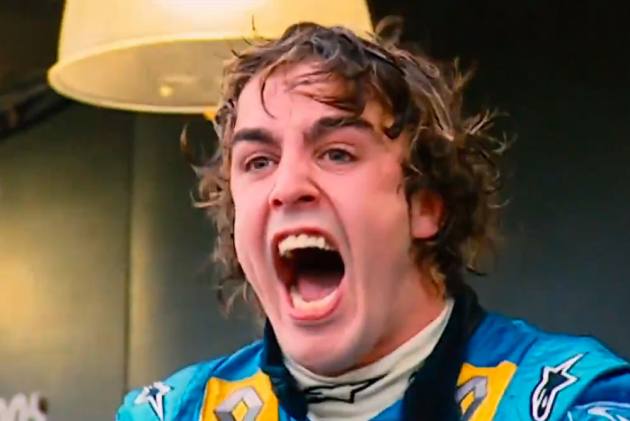 Fernando Alonso is prepared for a year of chasing Mercedes' shadows when he returns to Formula One but believes it could be a different story come the 2022 season. (More Motorsport News)

The two-time former champion is returning to F1 duty for the first time since his difficult four-year spell at McLaren ended in 2018.

Driving the Renault RS20, Alonso took to the Yas Marina circuit for a testing session in Abu Dhabi on Tuesday and set the pace in the morning.

The team will be rebranded as Alpine in 2021, with Alonso joined in the team by Esteban Ocon.

Speaking to Cadena Ser's El Larguero programme, Alonso conceded it was too much to ask for Alpine to immediately challenge the mighty Mercedes, who again look like having Lewis Hamilton and Valtteri Bottas on board.

"Next season there will be a continuation of Mercedes' dominance, but in 2022 we have our hopes set," Alonso said.

"The goal is clear in 2021: a year of preparation, of integration with the team, where a podium would be fantastic, but in 2022 with the change in regulations, we dream of winning and being up again."

Alonso, 39, won his world titles with Renault in 2005 and 2006 and says he has "never stopped feeling like an F1 driver", even when experiencing different driving challenges.

He is optimistic his new team can be competitive in 2021, adding: "Enjoying the champagne again would be fantastic."

If he can spray champagne on a podium alongside fellow Spaniard Carlos Sainz, who is joining Ferrari, it would be extra special.

Alonso said: "It would be a dream to be on a podium with Carlos Sainz."